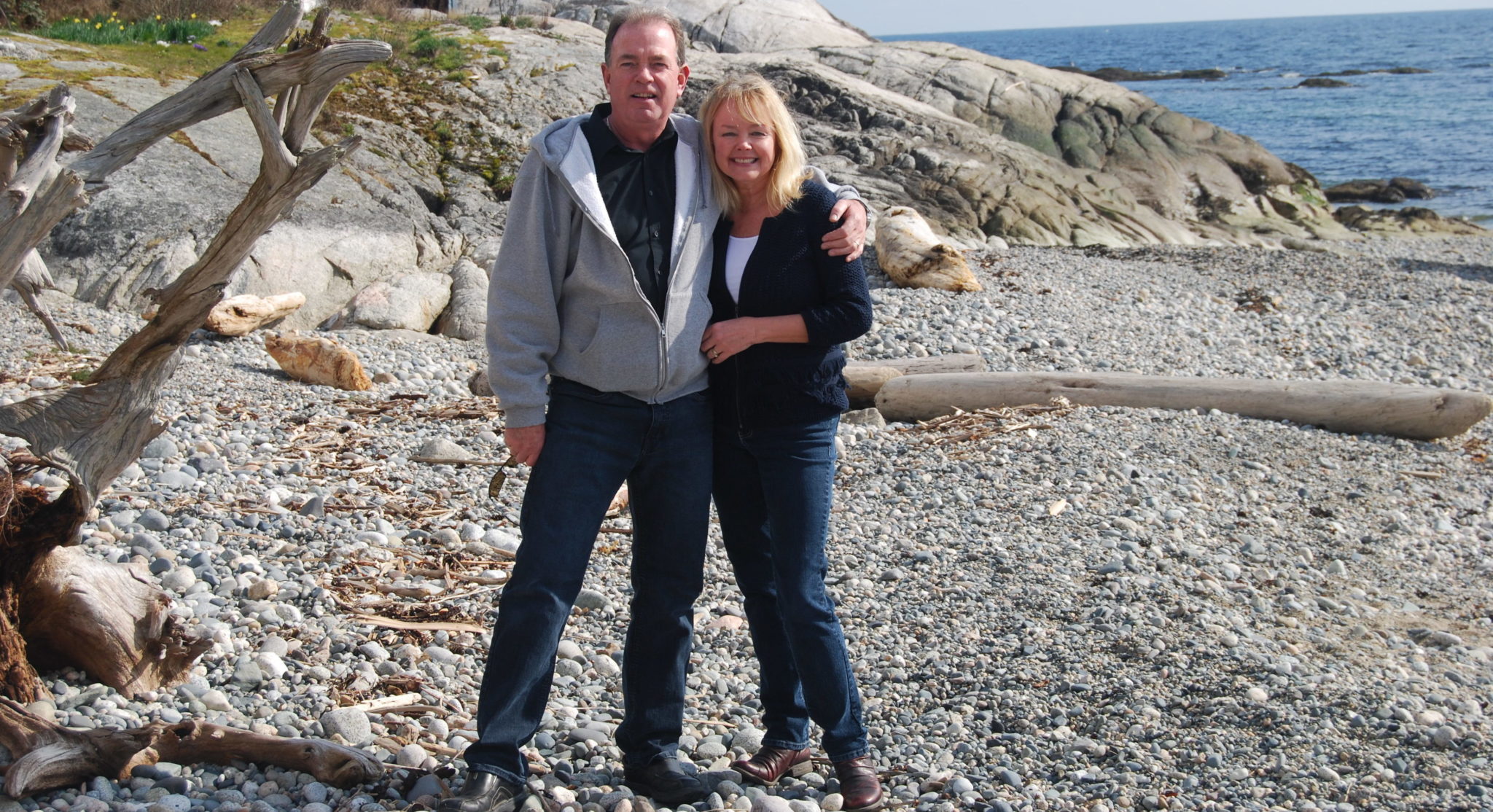 Jeanie and Doug Rae at their Roberts Creek Rancher

Unleashing the equity locked in your Lower Mainland home leaves a wealth of choices: Upsize or downsize? Rent or own? Invest in new income or residential property?

A few real-life scenarios to inspire your dreams.

In 2015, Jeannie and Doug Rae were pleasantly surprised to discover the selling price of their West Vancouver neighbour’s home. Less than a year later, a same-size house on an exact-size lot on their street fetched a cool $1-million more. Once the couple realized the value of their view home, which Jeannie purchased in 1986 for $180,000, moving inevitably came up.

“Not only was much of our money tied up in the house, but Doug was really drawn to a simpler lifestyle in a quiet community, close to the water,” says Jeannie, adding that over the last decade, she’s watched the North Shore become busier and more congested. “Doug was looking at retirement at the end of 2018, so we wanted to be settled before then.”

In May 2016, their home sold quickly for a record-breaking amount and the couple began searching for oceanfront properties on the picturesque Sunshine Coast. “I already had cousins living on the Sunshine Coast. Every time we visited them, we liked it more and more,” says Jeannie. After a few months, they found the perfect waterfront rancher in Roberts Creek.

Downsize to a Condo

Extracting their home equity allowed the Raes the financial freedom to travel the world with some of the proceeds of the sale. They also purchased a condo in Palm Springs, where the snowbirds spend two months out of the year enjoying warm, balmy weather.

“Selling our home has given us freedom… Even though I have a good pension, we are in a position now in which we have security in our twilight years,” says Doug, who works as a material damage manager for an insurance company. “I feel like I’m on vacation every day. I wake up and look at the expansive, ever-changing ocean and I feel so lucky.”

Upsize to Your Dream Home

Stephanie Vernon and partner Tim Talmey couldn’t be happier with their decision to leave the Lower Mainland for a dream home in lake country. Restless to live what she calls a “healthier” lifestyle, Vernon took early retirement and began looking at real estate in the Okanagan. “I always told Tim that when I retired, I wanted to get out of the overcrowded and harried pace of the Lower Mainland,” she says. In 2016, at the peak of the market, she sold her Steveston house in less than a week. After looking at various homes in Kelowna, the two opted to build in the gated golf community of Sunset Ranch. “I built my brand-new home exactly the way I wanted it for under $600,000,” Vernon says. “We have a 2,400-square-foot home with a large deck overlooking the valley and both the Okanagan and Duck Lakes.”

The 57-year-old Vernon says that since moving to the Okanagan, she has shed 12 pounds and is living the life of her dreams.

“I hike, walk, cycle, golf, kayak and paddle- board,” she says. “I wake up to deer or elk in my front yard … it doesn’t get much better than that.”

Vernon and Talmey have no regrets. “It was definitely a lifestyle choice… plus we can live really well on our pensions here,” says Vernon, the retired Lower Mainland sales manager for the Fernie Brewing Company. “We have made such great friends, many of which also sold their Lower Mainland homes to move here. Plus, we travel now more than ever.”

For Alessandro Biavati, the decision to invest in rental properties rather than buy in Vancouver was a numbers game. “In 2016, I started looking to buy a modern condo downtown and I was blown away by how ex- pensive condos were,” says the 33-year-old web development engineer at Amazon. “The ones I looked at, that I wanted, would have cost me a minimum $900,000 to $1-million.”

Priced out of Downtown Vancouver, Biaviti looked at other ways to get into the real estate market. Rather than be saddled with a huge mortgage – even if he were able to qualify – Biavati chose the alternative: rent the condo of his dreams in Vancouver and buy income properties on the Sunshine Coast. With a $600,000 investment, he bought a brand-new two-bedroom apartment and, soon after, an older home in the small coastal town of Gibsons.

Within a year, he sold the apartment for one-third more than he paid for it, and purchased a second rental home close to the beach. “Both [properties] were rented when I bought them, so that gave me cash-flow security,” he says. “The rent from both covers 80 per cent of my expenses. For me, this was the best scenario… I get to live by Science World [in Vancouver], where I can walk to everything I need, and I’m in the real estate market.

Not close to family and friends

Don Campbell, senior analyst at the Real Estate Investment Network (REIN), has seen hundreds of his clients repeat those same three scenarios. “Whether you decide to rent or sell your Vancouver home in order to cash in your equity should first depend on your lifestyle,” Campbell says. Playing Devil’s advocate, he says that leaving behind family, friends and a beloved neighbourhood can prove to be more difficult than some people realize. “For those who are really attached to their neighbourhood, but want to cash in on their home’s equity, I suggest they downsize and buy a new condo in or close to their neighbour- hood” says Campbell.

Yet what Campbell has seen over the last few years are more and more Vancouverites and moving outside the Lower Mainland. “I tell people to ask themselves the following: what is your goal in selling, do you want the condo lifestyle, or maybe you want to buy a vacation home… Whatever you choose, ask yourself important questions, because if you make it just about the money, there can be regrets down the road,” says Campbell.

Although Vancouver has long been a favourite city for real estate investors and home buyers alike, prices and taxes are forcing buyers to consider other markets, says realtor Tony Browton of RE/MAX City Realty.

That’s making the Sunshine Coast and similar communities attractive to many. Just 30 kilometres away from downtown Vancouver, Sunshine Coast detached home prices are about a third of what they are in the Lower Mainland, and condos can still be purchased for less than $350,000 in many spots. “Between July 2016 and July 2017, Sunshine Coast housing prices have increased by nearly 21 per cent,” he says. “At the same time, the rental market is tight, meaning revenue properties rarely sit empty.” The Sunshine Coast is currently exempt from both B.C.’s speculation tax and foreign buyers tax. “More than that, people who move here soon realize how great the lifestyle is,” he adds.

In the end, there is no right or wrong to unlock and invest your equity, says Campbell. “If you want to move to Abbotsford, Kelowna or the Cariboo, just make sure you are doing it to enhance your lifestyle first, then for the money, or to help family… Just do it for a reason, not just to cash in your chips.”