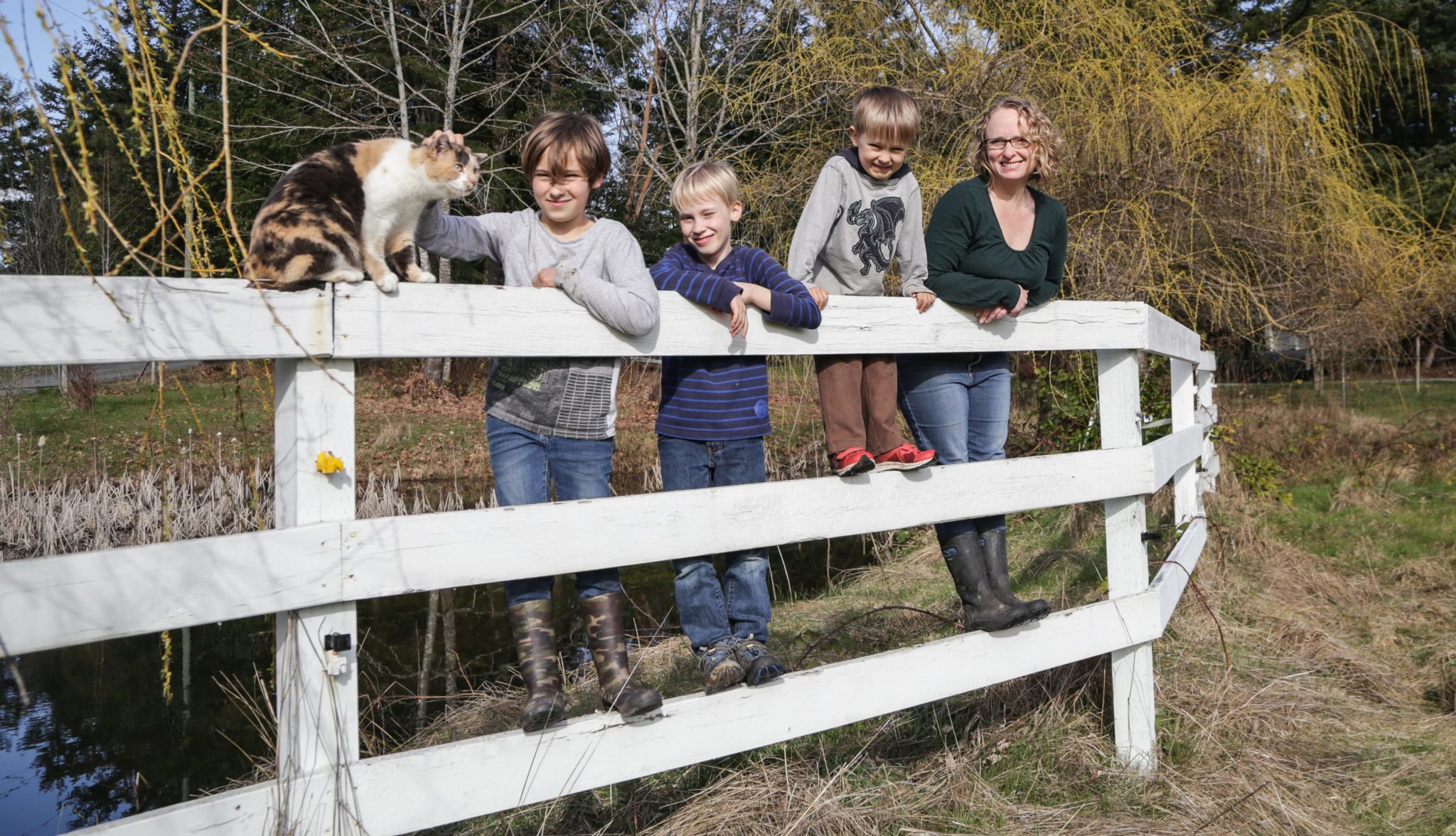 Jessica Stanley's entire family is thriving after moving to the Nanaimo area.

Physically relocating to a new home is one thing, but it can be a challenge to make new pals and find your place in a new community, while keeping in touch with family and old friends. Here’s how to do it right.

During the nine years Jessica Stanley lived in North Vancouver, she was deeply embedded in the community. A mother of three, she remains a school trustee there; her husband grew up in the community, where her own roots and relatives are. When it came time for the couple to trade up to something bigger than their three-bedroom house, they turned to Vancouver Island, moving to the Nanaimo-area community of Wellington.

Stanley admits it was hard to pull her sons away from their friends. Like most kids, however, they’re resilient, each adapting at his own pace. When it comes to her own social circle, she’s struck a nice balance between maintaining her friendships on the mainland and forging new ones. “It’s very different here,” Stanley says from her Island home. “People here have time to be nice. The community was full of nice people in North Van, but nobody ever had any time… you really get to know your community, just because everybody’s got more time.”

She’s met people through the local community organization, which holds frequent events like craft sales and holiday get-togethers. Having school-aged children provides a built-in community of parents. When she’s back in the city for work, she has opportunities to see (or stay with) old friends. Stanley recalls her former city life as feeling “so busy just trying to get through everything that I didn’t have time to be with my friends.”

Nicole Pointon also anticipates she’ll have more contact with mainland pals after she, her husband and son move to Vancouver Island this summer. Family friends have already picked dates for a visit to their new Colwood home, months in advance. Pointon adds, “We’ve talked about seeing a concert in Washington with friends. We’re nailing down plans where there’s an equal distance we both have to travel, somewhere in the middle.” They’d like their new-home renos to include a guest bedroom and bathroom, to make it easier for friends to visit. Even without a spare room, consider putting a pull-out couch in the office, or if your new home is a condo, check if the strata rents a guest suite by the night.

Kandis Armstrong and her husband and two sons moved to Victoria from West Vancouver in July 2017. They used proceeds from their home sale to also purchase an apartment in Lower Lonsdale, which they use frequently for work and social visits back to Vancouver. She’s found it easy to make new friends in Victoria, through a book club (“that literally opened up 20 people”) and the Art Gallery of Greater Victoria (“there are art-gallery gatherings and parties”). She finds that a smaller city offers more opportunities to interact and get to know people.

Having a ski pass at Cypress Mountain is one ticket Rob Steele has used to reconnect with mainland friends after moving to Sechelt from North Vancouver in 2016. He and his wife love living on the water for kayaking, paddleboarding, crabbing and sailing opportunities. Those pastimes help maintain relationships with loved ones, too. “I see my kids way more now than I did when I lived there, and it’s more quality time,” Steele says. “They come up and they love it. If you’re in a place that’s got stuff for them to do, they’ll be there.”