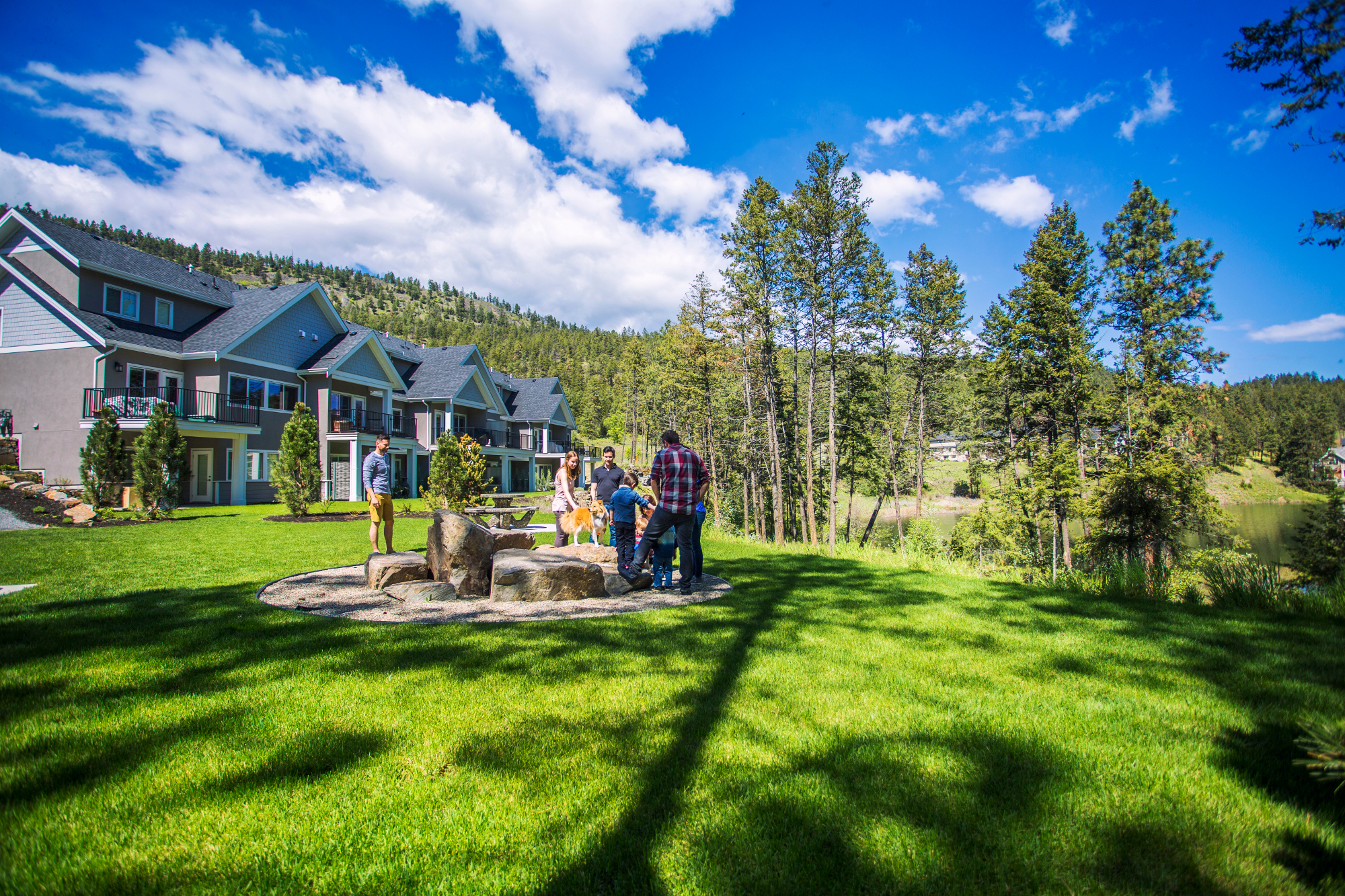 Developers are increasingly aware of the sophisticated tastes of prospective homebuyers–especially those relocating from major urban centres–and are constantly evolving projects to fulfill them. These new developments offer many of the most sought-after features in terms of interiors, amenities and location.

The ever-growing Wilden community (2,000 acres of hillside land next to Okanagan Lake) is revered for its abundant green space and ideal location: 15 minutes or less to downtown, Kelowna International Airport and UBC Okanagan Campus. This latest development consists of 36 semi-detached town homes (plus two detached) that offer square footage and interior appointments comparable to fully detached homes). The bountiful amenities of the nearby Glenmore neighbourhood will soon be complemented by Wilden’s own commercial district, Market Square, which is projected to begin construction in 2020. wilden.ca

Bonus feature: The town homes’ striking design, described as Okanagan Modern, is the result of two years of development.

Named for its location adjacent to the picturesque Okanagan River Channel, this collection of 35 luxury four-level town homes is also a stone’s throw from downtown Penticton, the South Okanagan Events Centre (home to year-round concerts and sporting events) and the region’s famed wineries and craft distilleries. Four customizable home plans (ranging from two to four bedrooms) include the options of a two-car garage, a space-efficient Hybrid elevator and 1,000 square feet of rooftop and master-bedroom deck space. Coming in 2020. riversidepenticton.com

Bonus feature: Make the most of your sweeping Okanagan view with a 10-foot fold-open NanaWall door.

This 20-storey tower earns a Walk Score of 97 for its enviable Bernard District location, a short jaunt to Town Centre Mall and scores of independant shops, numerous parks and cafés. On track to be the first LEED-certified concrete residential building in Kelowna, its 116 suites begin at the sixth floor to maximize the surrounding Okanagan views. A choice of light and dark colour schemes emphasize the interiors’ clean lines and elegant features. liveatella.com

Bonus feature: Accoustically enhanced flooring and party walls mean you can entertain without disturbing your neighbours.

Vert is the most recent addition to Troika Developments’ popular Green Square community, located in Kelowna’s desirable Lower Mission district. Its diverse mix of condos and town homes is surrounded by an exceptional amount of green space (hence the name), with pathways leading to onsite amenities such as community garden, fitness and yoga studios and a kids’ play area. Gyro and Rotary beaches, parks, and the Mission Park Shopping Centre are just a few of the nearby conveniences. greensquare.ca

Bonus feature: Rooftop terraces offer the perfect vantage point from which to take in water and mountain views.

This is one of the final puzzle pieces of developer Townline’s sprawling Hudson District project. Hudson Place One residents will be in the centre of a modern urban village designed for convenience: a self-contained community containing shops, restaurants and the Victoria Public Market, the Inner Harbour, theatres and other conveniences just steps beyond. One-, two- and three-bedroom suites offer the highest elevated views in downtown Victoria; a fireside lobby lounge and an outdoor courtyard foster a cozy community feel. hudsonplaceone.ca

Bonus feature: Let Rover roam free and get to know your neighbours in the building’s own fenced off-leash dog run.

This 26-acre development is due to bring more than 700 town homes and condos to the picturesque town of Colwood (just 10 kilometres from Victoria) over the next several years. Visit the new presentation centre (170 Goldfinch Road) for more details, but Phase One–made up of 61 two- to four-bedroom town homes–will be on sale this spring. The acclaimed Merrick Architecture is behind the designs. twowaterscolwood.com

Bonus feature: A “green network,” including trails and a manmade stream, will lead through the development to the adjacent Esquimalt Lagoon.

Those who seek to set down roots in a smaller community but are loath to surrender their urban comforts may find the perfect balance in Nanaimo. Twenty minutes by air from Vancouver, the city of roughly 90,000 is renowned for its coastal views and protected green spaces, but also its cultural activity (including music and theatre festivals), dining and imbibing scenes. Riverstone Place, an intimate five-storey development offers lovely ocean views from its hilltop location, and is equally close to the waterfront and downtown’s bustling Old City Quarter. Modern suites come in three soft, neutral palettes that reflect the natural surroundings. riverstoneplace.com

Bonus feature: Just back from the trails? Clean up your bike and/or dog in the dedicated washing stations.

The tallest tower in White Rock’s history (26 storeys), this ambitious development of one- and two-bedroom suites is especially noteworthy for the walkability of its location: three minutes to Semiahmoo Shopping Centre and 10 minutes or less to more than three dozen restaurants, five grocery stores, a school and a hospital. On site, 8,000 square feet of indoor and outdoor amenities include a rooftop fitness deck, yoga and steam rooms plus a children’s play area, while the suites themselves boast air conditioning, Bosch appliance packages and (from higher floors) tremendous mountain and water views. soleilwhiterock.com

Bonus feature: Every master bedroom is large enough to accommodate a king-size frame.

This new development of condos and duplexes is a testament to the rapidly growing popularity of this diminutive Sunshine Coast town among both retirees and home-based professionals. Located only five minutes from the ferry to Vancouver, more than 85 per cent of homes in Eagle View Homes feature 180-degree-or-greater ocean views. Steps from each light-filled, energy-efficient home are an outdoor pool and a hot tub, a newly landscaped two-acre park, nature trails and the charming shops of Gibsons Landing. eagleviewheights.com

Bonus feature: Each three storey six-plex includes an elevator that serves only two homes per floor.