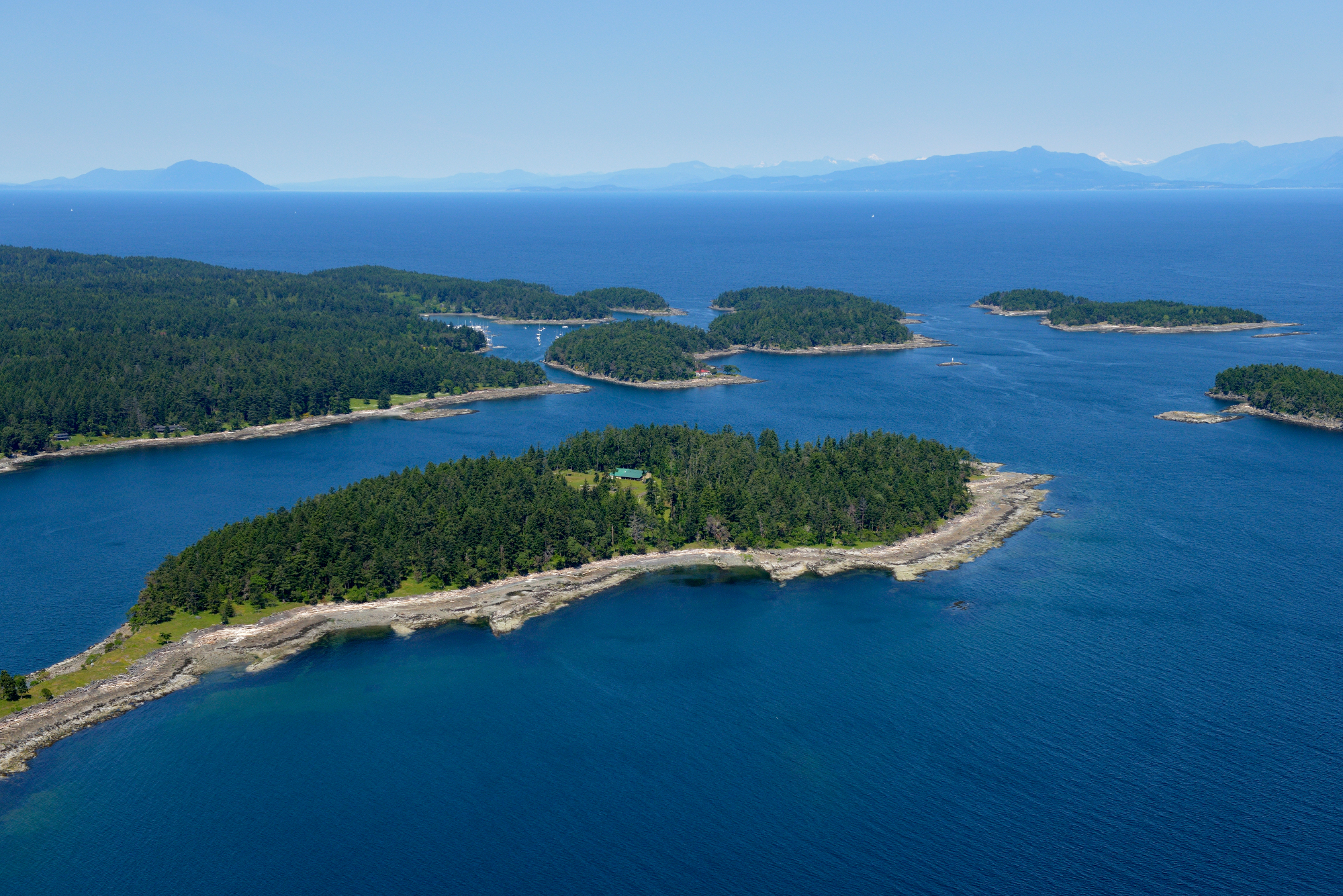 But perhaps your family can own one: a look at private islands, one of the ultimate luxury real-estate purchase in B.C.

“We have a picture of my father back in 1928, sitting in a dugout canoe and looking at Goat Island from Salt Spring,” recalls Captain Stephen Best, a B.C. Coast Pilot with a long family history on the West Coast. “Whenever he told his brothers that he’d buy that island someday, they’d always said, ‘Why would you want to buy that piece of string?” Indeed, Goat Island is a narrow slip of land so close to Ganges that Best says they skated between the two during one particulary frigid winter.

Two decades later, Best’s father purchased the property for $2,800 and the family has made few changes in the 70 years since. “We haven’t bothered to bring electricity to the island,” says Best. “I’ve taught generations of friends and family how to light a wood cook stove.”

Living on a secluded, forested private enclave just a short paddle from the charming small-town tub of a Gulf Island is the sort of dream most of us pin on a lottery jackpot. But in B.C., buying your own island is an attainable possibility, especially if you’re patient.

Like spatters of green paint on a deep blue backdrop, more than 40,000 islands dot the B.C. coastline from the Strait of Juan de Fuca to the Alaska Panhandle. They range in size from rocky bumps barely visible in high tide to Vancouver Island (one of the largest inhabited islands in the world, and not for sale). Some, like Haida Gwaii archipelago, are exposed to the fury of the open Pacific Ocean, while others lie nestled and protected by the towering Coast Range mountains on the B.C. mainland.

Campbell River-based realtor Ed Handja specializes in oceanfront property, including private islands. “Unique and rare individuals seem drawn to these unique and rare island properties,” he says, mentioning a Norwegian couple who relocated to one of the Discover Islands two decades ago, and a client from Victoria who owns three islands. “He’s a bit of a collector, you might say,” remarks Handja. Given the challenges of transportation and self-sufficiency, the buyer’s market is very niche.

ISLANDS IN THE STREAM

Handja says, “There might be some years where you don’t sell a single property and there might not be many available at any given time.” Most islands come up for sale after long and sometimes difficult family discussions. Achieving an accurate valuation can be challenging, because comparative resales might not have taken place for decades. Mark Lester, founder and group leader of the Unique Properties Group at Colliers International, has sold more than 20 islands during his career. “It’s not something that there’s a manual for,” he says. “Each island has its own attributes and their utility, or usefulness, can vary widely due to the rugged nature of the topography.” Building sites, beaches and moorage spots are just a few considerations he mentions.

Island buyers are looking for a lifestyle with some emotional connection to both land and sea. While most larger Gulf Islands have a general store or a marina, private islands require “thoughtful living,” says Lester, who has waterfront property on DeCourcy Island. “You need to be prepared to roll up your sleeves,” he says, anticipating and planning maintenance and chores in an environment where even a quick boat run for supplies involves consulting tide tables.

Ironically, it’s also never been easier to live off the grid than it is right now. The southern Gulf Islands have enough sunshine to generate solar power for at least part of the year. Water can be captured and conserved by using a rainwater cistern. Many Gulf Islanders grow their own produce in summer months, and there are plenty of fish in the Salish Sea.

As for Goat Island, the investment by Best’s father (who passes away several years ago) has turned out pretty well. It’s currently listed for more than $3-million–a relatively small price to pay for the ultimate dream home of a private island.