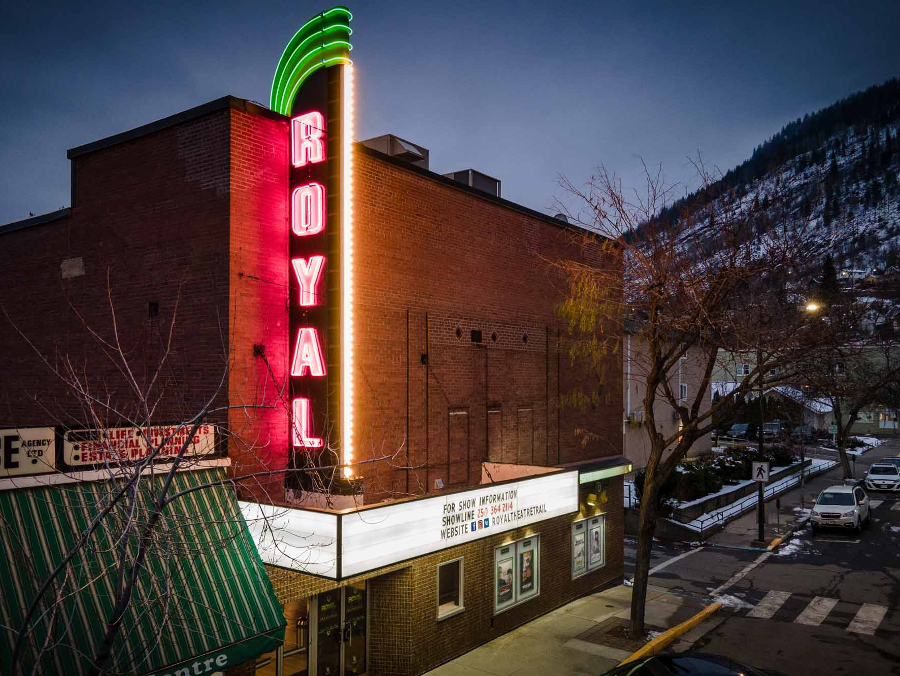 Tips for buying an existing business in small-town B.C.

When Lisa Milne left her fashion career to join her now-husband in Trail more than 15 years ago, she had no idea she would eventually become the owner of a nearly 100-year-old single-screen theatre. But five years after settling into her new home, she bought the languishing business and gave up her secure union job to revamp and run it. “We were looking for an investment opportunity,” Milne says. “The owners were willing to sell on the condition that we keep it running as a theatre.” Milne agreed, and the rest is history. “We bought it and I fell in love with it. I realized that this was what I wanted to do.”

Since then, Milne has invested nearly a million dollars into restoring the Royal, including upgrading to digital and 3D capabilities, allowing her to show first-run movies, live opera and ballet, as well as film festivals. Milne says, “That has been one of our biggest successes.”

Until the pandemic hit theatres, hard. Milne has pivoted to popcorn sales to keep staff employed, and has used forced-closure time for upgrades: recliner seats, a 50-foot screen, a new HVAC system, new washrooms, an expanded lobby and online ticketing.

The community has been fully supportive of the revamp and pandemic pivot, in part because Milne took the time to establish herself in Trail and get involved. “Over the years I’ve sat on boards and committees to help grow this region. I’ve talked to the other entrepreneurs and have seen their struggles,” she says. “From Rossland to Fruitvale, there’s not a business that wouldn’t know us or that we haven’t collaborated with. We’re all in this together.”

BEFORE YOU BUY
Arther Klein, mergers and acquisitions advisor at Smythe LLP in Vancouver, also recommends getting to know your new community before buying a business. “You’ve got to do the research,” he says. “What does the business community look like? What makes the community thrive?”

To select a community, Klein says buyers should picture the lifestyle they’re seeking. “If you’re looking to relocate to Nelson, for example, you need to decide how you envision yourself living in that market. Do you understand the community and its needs? Is there further growth, or [a sector] that’s underserved?” Klein suggests really getting to know regions of interest before buying a business. “Almost every significant community has a city-based Chamber or a regional Chamber of Commerce,” he says. “Spend some time there talking to people and driving around.”

FIND THE RIGHT MATCH
Then there’s the matter of a fit with the business type. While Klein suggests buying a business you’re actually interested in running day in and day out, that’s not always easy for buyers to locate. Enter BC Business Match, a new program designed to help owner-operator buyers discover suitable matches.

“When a buyer signs up, we send them some training, tools and resources to help them in their business search,” says Darrell Goertzen, a business advisor at BC Business Match. “They get an interactive workbook as well as a series of videos that walk them through the stages in purchasing a business. After that, we have a consultation to look at what they’re after and we do a search for them.”

Goertzen says one of the most valuable services BC Business Match provides is perspective. “Our role is to expand people’s thought processes… For example, I had someone looking for a restaurant and they ended up buying a food truck because it had more revenue than they expected and they liked that they didn’t have a ‘ball and chain.'”

If the perfect match isn’t available, BC Business Match works to find businesses that might be interested in selling. “We will help them value the business, write up the offer, figure out how to transition it, and introduce them to community connections and resources.”

PART OF A MOVEMENT
Goertzen says there’s definitely an appetite for the entrepreneurial life in smaller communities right now. “There’s a migration happening; a lot of people are looking at getting out of the city.”

And pandemic-induced pains have sweetened some deals. But Klein warns, “People will see distressed business sales,” he says. “But I’d caution them: can you reasonably predict what the future for that business will be? How much money do you have to pump into that business to get it to its past performance or beyond?”

For Milne’s part, smart business decisions put her in a position to weather a storm, and she’s set to emerge stronger, firmly rooted in her small community. “I’d never even been to Trail until I’d met my husband. I could not have been more of a big-city person,” she says. “But living in the Kootenays, we’re so lucky. The lifestyle is cleaner and fresher and there’s less stress. I will never look back.” Sounds like a Hollywood ending.