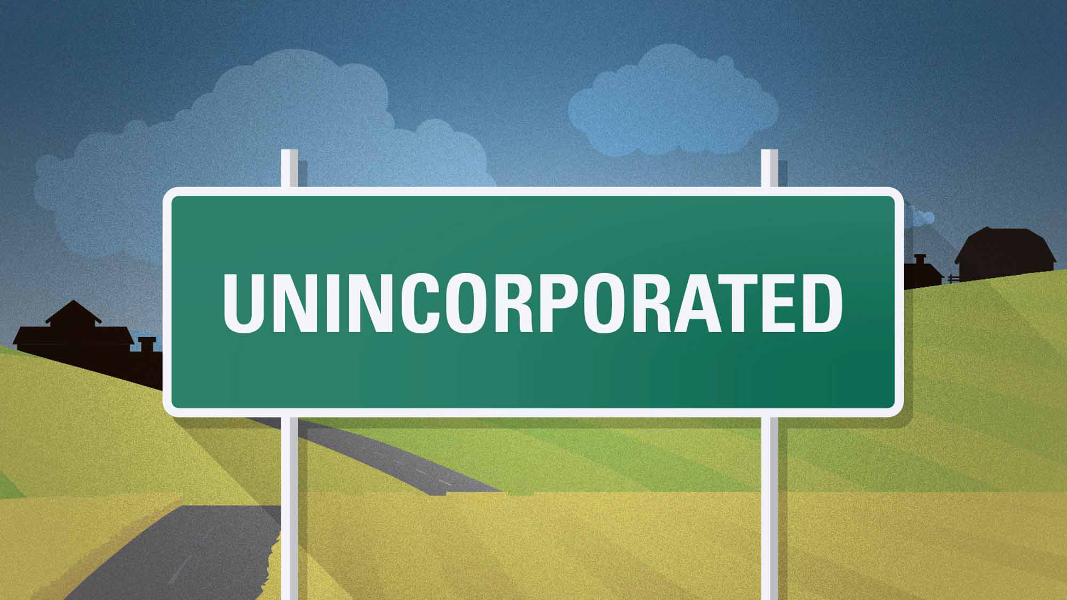 There are more than 1,300 communities in B.C. that are not incorporated. We delved into the reasons for and against incorporation, and some of the intriguing stories behind those towns.

Driving through B.C. you’ve undoubtedly seen the signage welcoming you to this town or that. If you’re particularly eagle-eyed, you might also have read the fine print: Creston, incorporated in 1924, or Montrose, incorporated in 1956. So why do some communities remain unincorporated while others take the plunge?

Primarily, it’s a question of size: Most incorporated communities have only a couple hundred residents, maximum, though some larger “urban communities” remain: town centres and neighbourhoods (often in the Lower Mainland) that are relics from the pre-amalgamation era. Smaller communities often can’t justify the incorporation cost of delivering essential services like water and sewage, so they rely on coverage from regional districts instead. The downside is that these unincorporated areas get but one vote on their regional councils. As communities grow, some want more representation for their tax dollars and move to incorporate; that’s what West Kelowna did in 2007, when taxpayers there voted 84 per cent in favour of establishing their own municipal government.

SPOTLIGHT: BLISS LANDING
Many visitors to the Sunshine Coast figure they’ve hit “the end of the road” when they reach Lund, an unincorporated community of about 300 at the northern tip of Highway 101. But if you drive another 10 kilometres up Sarah Point Road, you’ll reach Bliss Landing (once know as Bishop or Bishop’s Landing). A former cannery and post office are long gone; now it’s the gated marine community Bliss Landing Estates, with an estimated 15 residents.

SPOTLIGHT: CARSON
The Danville-Carson Border Crossing in the West Kootenays was one of the first jointly built U.S.-Canada border stations; it’s also a reminder of the once-thriving B.C. town of Carson. In the early 20th century, Carson’s Grand Prairie Hotel attracted both local miners and Americans. Carson faded as a commercial centre in the 1920s as neighbouring Grand Forks (population 4,000) grew, and today it’s little more than a bedroom community.

COMMUNITIES: MORE THAN 50 RESIDENTS
Communities are larger “unincorporated population places,” with a recognizable centre that has landmarks such as a post office, general store and community hall. In B.C., there are almost 900 communities, among them “urban communities” such as Tsawwassen and Ladner, both of which are part of the City of Delta (and pay the same municipal taxes).

SPOTLIGHT: BOSTON BAR
The picturesque Fraser Canyon town of  Boston Bar (population 190) got its name from the placer miners who worked the area’s gold-bearing sandbars during the Fraser Canyon Gold Rush. Both CN and CP have railway lines running through town, with Via Rail (in pre-pandemic times) having a flag stop in Boston Bar for its thrice-weekly Canadian service. In 2011, the town briefly (and unofficially) changed its name to Vancouver Bar, to support the Canucks in a losing Stanley Cup Finals run against the Boston Bruins.

SPOTLIGHT: BELLA COOLA
When people talk about Bella Coola, they usually are referring to the long and narrow Bella Coola River Valley, surrounded by mountains popular with heliskiers and filmmakers alike (scenes from The Incredible Hulk were shot there). The Valley has 2,000 residents spread across seven communities, including the townsite of Bella Coola (population 148), which serves as the administrative centre for the Central Coast Regional District (the only district in B.C. without any incorporated communities).

RECREATIONAL COMMUNITIES
There are 11 designated recreational communities: unincorporated places that offer services, accommodation and amenities “associated primarily with recreational or leisure activities.” These include Kelowna’s Big White, Fairmont Hot Springs and the master-planned golf community Tobiano near Kamloops. Some choose incorporation as they grow and expand, as the Resort Municipality of Whistler did in 1975 and Sun Peaks Mountain Resort Municipality did in 2010. By creating legally defined boundaries, resort municipalities have greater control over development and can levy development charges to subsidize things like employee housing.

SPOTLIGHT: JUMBO GLACIER RESORT
Jumbo Glacier, 55 kilometres west of Invermere in the East Kootenays, was originally planned as B.C.’s third officially designated resort municipality, with 1,300 residential units, two hotels, lifts and gondolas plus a village centre. A mayor and council were appointed in 2013, but opposition to the plan (political, economic and environmental) in the courts held up development. In January 2020, the site was handed over to the Ktunaxa First Nation to be managed as an Indigenous Protected Area.

ABANDONED COMMUNITIES
Communities that aren’t really there–but are still on the books–include four categories of “ghost towns.” There are Abandoned Localities with “no current population;” Former Localities that are “usually” uninhabited; Landings along coastal B.C. and inland lakes once served by steamships; and Company Towns, built on corporate-owned land, with employee housing and services–but no municipal government. Some were heavily populated during resource booms, but declined with the close of nearby mine, mill or cannery, as due to modern transportation options (such as modern fly-in, fly-out work camps).

SPOTLIGHT: KITSAULT
Located on the North Coast near the Alaska border, Kitsault originally served as a simple base camp for the Dolly Varden mine. In 1979, U.S. miner Phelps Dodge built a master-planned community to serve its new mine for the alloy molybdenum. When the price of “molly” crashed in 1982, it was abandoned. In 2004, Kitsault was purchased for more than $5 million, and while various plans have been floated to revive it, including a proposed LNG terminal, it remains a ghost town to this day.

Check out Historic Places on gov.bc.ca for more information on B.C. places.