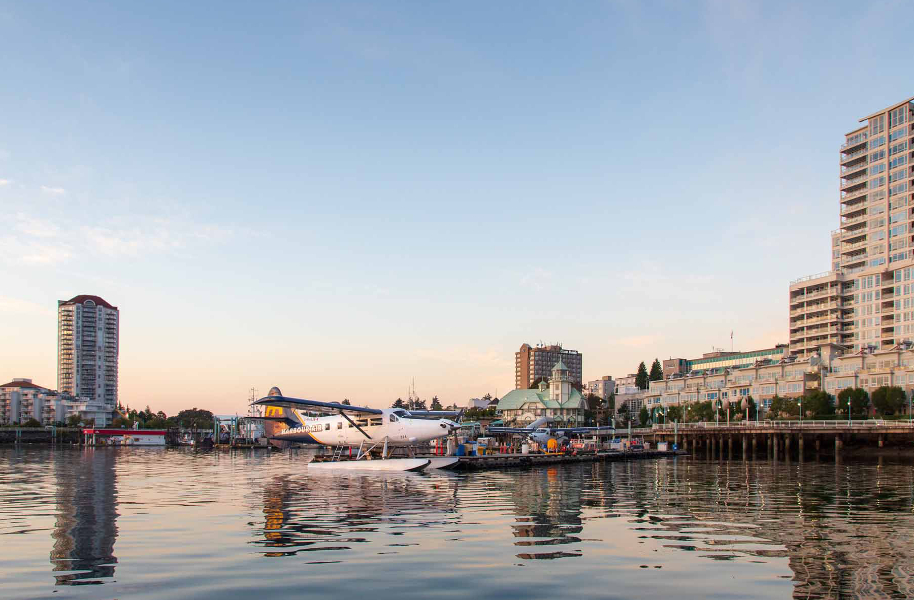 Get inspired to follow in the footsteps of the galaxy of actors, musicians, athletes, business moguls and other well-known people that have brought lustre to right-sized B.C. towns.

There are plenty of household-name celebrities from the Vancouver area, but those are just a few of the bright points in B.C.’s galaxy of star power. The province boasts many other distinguished small-town residents from diverse backgrounds and it’s time to celebrate them.

Whether born and raised in B.C. or long-term residents, these accomplished individuals have brought pride to our right-sized communities. That’s often reflected in streets, buildings and other landmarks being named in their honour. Let’s discover their legacies as you look to add a little lustre to your next choice of residence.

Diana Krall might be the most famous person ever to come out of Nanaimo and the harbourfront Diana Krall plaza (adjoining the Nanaimo public library, steps from the Gabriola Island ferry) is named after this award-winning jazz performer, who is married to fellow musician Elvis Costello.

It’s easy to identify sports legends from Maple Ridge with local facilities named after them: they include a Boston Bruins great (Cam Neely Arena), a motorsport icon (Greg Moore Youth Centre) and a Baseball Hall of Famer (Larry Walker Field). Yet this community east of Vancouver also has a rich heritage of actors, from hometown girl Molly Parker to onetime resident Colin Firth.

If you think you’ve spotted a B.C. location while enjoying a movie or tv show recently, you’re probably right. Here’s a small sampling of the productions and stars that have graced smaller communities.

Whistler and the Sunshine Coast

Whistler features beautiful homes owned by celebrities like actress and model Shannon Tweed (wife of KISS’s Gene Simmons), who bought a dream home there in 2019. Ashleigh McIvor, the 2010 Olympic gold medalist in ski cross, is a longtime local and offers private ski lessons.

The Sunshine Coast gained global fame with the vintage CBC hit The Beachcombers. In Gibsons, Gerussi Lane is named after star and onetime resident Bruno Gerussi, while Molly’s Reach, the restaurant featured in the series, still stands on the waterfront. Ryan Dempster, who won the 2013 World Series with the Boston Red Sox, was born and raised there and has a local baseball field named after him.

For at least two rock icons, Sechelt is the perfect place to enjoy a laid-back lifestyle amid spectacular nature. Joni Mitchell has long owned an 80-acre property in the area, while 1970s crooner Terry Jacks (“Seasons in the Sun”) has pursued his passion for environmentalism there. Up the Sunshine Coast lies Lund, the birthplace of tech billionaire Stewart Butterworth, who founded Flickr and Slack. Onetime actor (The L Word) turned physician Evan Adams, now deputy Chief Medical Officer for Indigenous Services Canada, hails from the Tla’amin First Nation near Powell River.

In 2010, The Bachelorette made Jillian Harris a household name as its first Canadian star. Today, the co-host of HGTV’s Love It Or List It Vancouver owns a showpiece West Kelowna home. An hour down the road, Oliver‘s Black Hills Estate Winery is co-owned by Vancouver-born actor Jason Priestly (Beverly Hills 90210).

If you want to feel like a champion, catch the vibe of numerous hockey legends and sports stars hailing from here. Mark Recchi (12th in all-time NHL scoring) is from Kamloops, where Mark Recchi Way honours his legacy right outside the Sandman Centre that hosted both the 2006 World Juniors and the 2016 IIHF Women’s World Championship.

Shea Weber, the captain of the Montreal Canadiens and perennial contender for the world’s hardest slapshot, hails from Sicamous. His Montreal teammate, star goalie Carey Price, grew up in Anahim Lake and played minor hockey in Williams Lake. Both Weber and Price won Olympic gold medals for hockey in 2010 and 2014.

Other big-name athletes have brought pride to the Kootenays. Hockey Hall of Famer Scott Niedermayer was raised in Cranbrook, while 18-season NHLer and current TSN commentator Ray Ferraro grew up in Trail. Jason Bay, a three-time MLB all-star, will soon have a Trail baseball field named after him.

Nancy Greene was born in Ottawa, but this Order of Canada recipient, Olympic giant slalom gold medalist and Canadian Press Female Athlete of the 20th Century developed her skiing skills in Rossland. The former senator has both a provincial park and a lake named after her in the Monashee Mountains. Today, Greene lives near Kamloops in the resort community of Sun Peaks, where she’s the director of skiing.

Some of B.C.’s finest Indigenous artists hail from here: Roy Henry Vickers, a native of Hazelton, has created everything from a painting gifted to Queen Elizabeth II on her 1987 B.C. visit to artwork for a Grateful Dead box set. The work of award-winning author Eden Robinson, who is from Kitimat and belongs to the Haisla and Heiltsuk First Nations, is the basis for CBC’s Trickster series.

Dawson Creek‘s main street is named Ben Heppner Way after the locally born, internationally renowned opera singer who performed the Olympic Hymn at the 2010 Winter Games. In Smithers, Dan Hamhuis Way commemorates the feats of that ex-NHL defenceman, who owns a 2014 Olympic gold medal, not to mention stakes in the WHL’s Prince George Cougars and the Tofino Resort + Marina. Latin Grammy-winning musician Alex Cuba might just be the town’s most famous current resident, though.