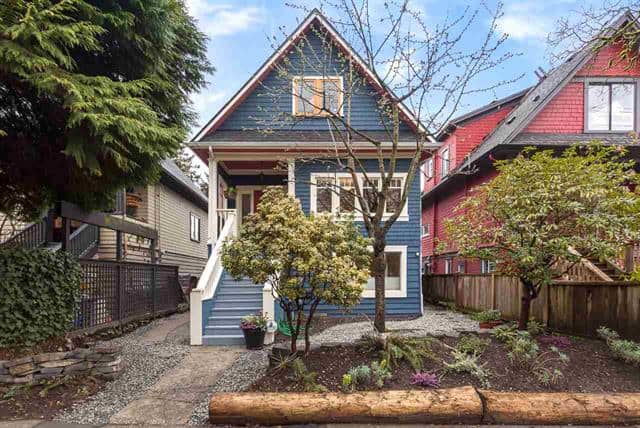 The new equations and factors to consider when right sizing into your smaller-city dream home.

Michael Huber left city life behind for the different pace that the Okanagan offered. “I left Regina because of the many advantages that living in Kelowna presents,” says Huber. “There’s less traffic, easier access to the ski hills and beaches, and best of all, homes are cheaper.”

As licensed mortgage broker of his own firm, Huber Mortgage, Huber meets clients who, like him, were lured by everything that smaller-community living features. Best of all, it is much more affordable than a city–in many towns, you can get a sprawling family home for the same price as a condo in the Yaletown neighbourhood of Vancouver. According to Huber, if you were to purchase a single-family home in Vancouver for $1,456, 700, a comparable house in the Okanagan will cost you $685,900.

However, the global pandemic has made buying that forever dream home a little more difficult for some. In response to the current economic conditions, Canada Mortgage and Housing Corporation (CHMC) slashed prospective homebuyers’ purchasing abilities as of July 1, 2020. That’s when the Crown Corporation changed its new debt-ratio formula that applies to insured mortgages for those with less than 20 per cent down payment, resulting in a reduction in homebuying power for some consumers.

CMHC’s changes effectively reduced homebuyers’ purchasing power by up to 11 per cent, according to a report from RateSpy.com. That is equivalent of increasing the so-called mortgage stress-test (which queries your ability to withstand a rise in rates) from 4.9 to 6.3 per cent.

There is still hope, says Huber, for those unable to quality because of CMHC’s new rules, “Canada’s two other mortgage insurers, Genworth Canada and Canada Guaranty (which are 90 per cent backed by the Federal Government), have not adopted CMHC’s new mortgage rules,” says Huber. “Because not all banks and credit unions follow CMHC, I suggest people ask their bank to switch insurers or talk to a mortgage broker.”

For those not affected by CMHC’s new rules (such as anyone making a down payment of more than 20 per cent, and therefore not requiring federal insurance), Sven Stein, partner at Gyro Beach Townhomes Kelowna, offers an enticing scenario. Say you sold your Langley home for $1.89 million. You have an existing $825,000 mortgage, and when you factor in realtor and moving fees, it still leaves you approximately $1 million. Consider if you bought a new Lakeside Gyro Beach Townhome for around that amount. You could take out a new mortgage for just 65 per cent of the purchase price (or $650,000), putting approximately $400,000 toward a substantial down payment plus fee and transactional and legal expenses. At the same time, your monthly expenses (including interest, amortization, maintenance, strata fees and so on) will drop, in this scenario, from $5,250 to $4,000.

That would leave you with approximately $600,000 in proceeds from the original sale. With that, you could buy the lifestyle amenities (such as a boat, RV or vehicle) or invest in the market (at 5 per cent annual returns, that investment would generate $30,000 each year). You could direct those proceeds to travel or seasonally relocate, as many B.C. residents do, during winter. Or, you could even purchase a winter home in a community like Palm Springs, California, using perhaps $400,000 of your original real estate proceeds.

Speaking with your financial planner, a mortgage broker or property developers can inspire you to think about creative ways to right-size your life. New rules don’t have to limit your ability to plan.