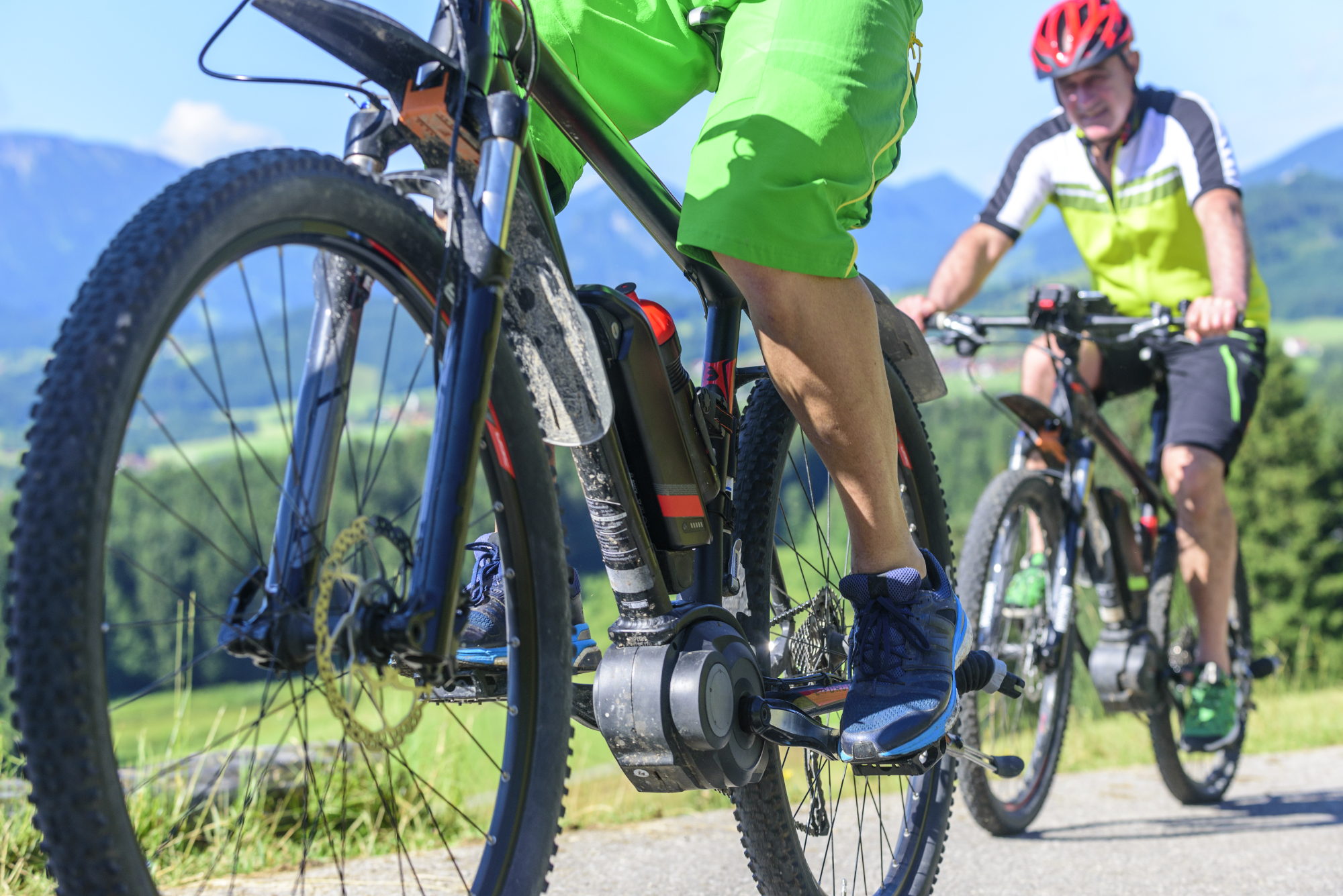 A new generation of e-bikes give a second wind to both weekend warriors and commuters.

Enter the electric bike as a potential solution for staying fit and, maybe, helping to save the planet. E-bikes have small motors, activated by a cyclist’s pedalling, that provide added power for conquering hills or headwinds. (Most e-bikes do not have a throttle, like a moped or dirt bike does.) Thay can be a game-changing way to exercise or commute.

Commuter, cargo and all-purpose e-bikes have been adopted on most city streets, bike lanes and urban pathways–sometimes reticently. Traditional cyclists can feel the stigma of electric assistance, and be hesitant to jump on the e-bike bandwagon–until circumstances such as health trip the switch.

In the rugged Rocky Mountain town of Jasper, Alberta, Brian and Marta Rode have become e-bike evangelists. Stricken five years ago by a rare lung disease that forced her to stop riding a conventional bike, Marta has put around 5,000 kilometres on the e-bike Brian bought her in 2016. “Even with my disease, I still had trouble accepting that I needed an e-bike,” she says. “I hadn’t done my favourite sport in more than a half-dozen years. My disease took away from me, and my e-bike gave it back.” Brian, who’s general manager of nearby Marmot Basin Ski Resort, agrees. “It has literally been a life saver for us. When I can no longer ride 100 per cent on my own steam I will get an e-bike. And I will keep riding. The alternative is not an option.”

Medical writer Anne Mullens from Victoria was skeptical, too. She admits, “I was snobby about [e-bikes], until I stayed at a lovely hotel in Provence that provided them free of charge for guests.” Mullens describes a day exploring hill towns, canyons and “much more than if I had been cycling unassisted….It was transformative.”

Peter Dorey, owner of Olympia Cycle in Vernon, commutes 25 kilometers each way between work and his North Okanagan home. “We tripled our e-bike sales in 2018 and have doubled our order for 2019. People love them for riding around town or wide dirt trails, like the old Kettle Valley Railway. You can ride Vernon to Kelowna and back on a single charge.”

Battery life (or what the electric vehicle industry calls “range anxiety”) is a crucial consideration: e-bikes can be pedalled without the electric assist, but most weigh in at close to 20 kilograms–twice as heavy as conventional bikes. A fully depleted battery takes from three to six hours to recharge.

Prices reflect the complex technology that goes into each e-bike” $2,500 can get you into the game, but costs can be twice as much. As the market grows, prices–and e-bike weight–will go down. While the clunky looking rear hub and battery can look ungainly on some models, prestige brands like Spain’s Orbea and Italian maker Pinarello are releasing road bikes that embed everything in sleek frames.

Ohm Electric Bikes: Based in North Vancouver, Canadian-owned Ohm Cycles has City Bikes that feature a stepthrough (no crossbar) design, in two models: the City 350 ($3,999) and City 500 ($4,999), with a more powerful motor.

Devinci Bikes: Squamish multi-sport adventurer Dave Norona swears by his Canadian-made Devinci AC XT ($8,499), an e-mountain bike with long-travel, maximum shock-absorbing, front and rear suspension. Though there’s lively debate around whether or not to allow e-mountain bikes on trails, Norona believes the sport’s future is rosy. “None of the naysayers I talk to personally or in online forums has ever actually tried one,” he says. At Devinci dealers throughout B.C.

Giant Quick-E: Similar in design and geometry to its entry-level mountain bikes but equipped with a long-lasting 500watt lithium ion battery and Yamaha motor, the Quick-E ($3,299) cruises at a top speed of 32 kilometers an hour ideal for urban and dirt road trail use. At Giant dealers throughout B.C.