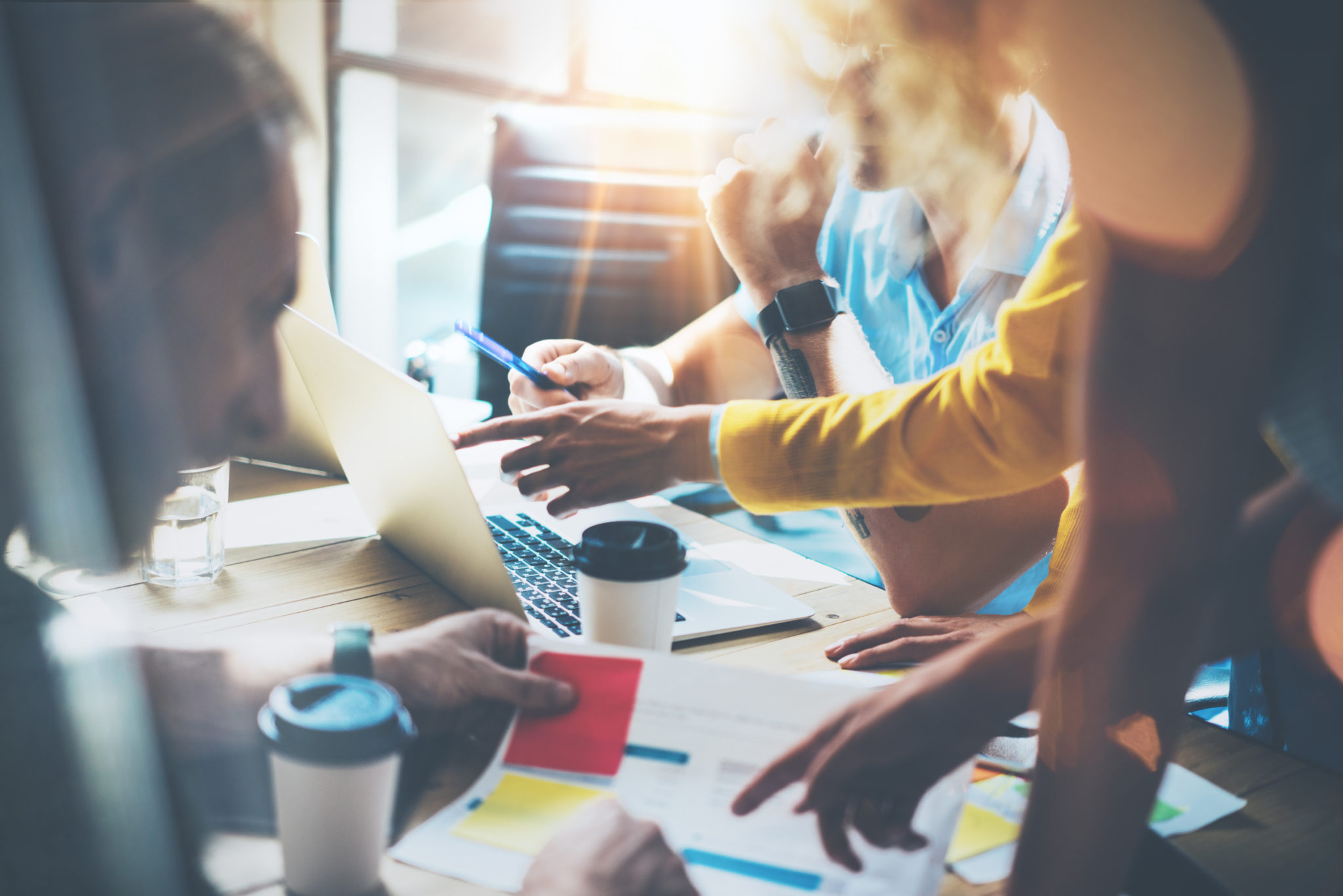 We talked to civic leaders in 10 B.C. cities and towns recently identified as some of the best places for work in B.C. in 2019 to find out why their communities are the best places to work and live.

Right sizing isn’t just for retirees: relocating can also be driven by economic, lifestyle or career reasons. Communities all over B.C are enjoying brisk growth and an influx of new residents, as BCBusiness magazine discovered when compiling its fifth annual Best Cities for Work Rankings 2019.

Author Andrew Macaulay and Environics Analytics used seven economic indicators (everything from income growth to housing starts–and, yes, housing affordability) to rank 46 cities with a population of 10,000 or greater. “Environics provided me with raw data generated by their statistical software modelling, and I did number-crunching,” says Macaulay, who is also a civic planner for the City of Kamloops.

The 2019 list of best places for work in B.C. demonstrates some departures from past years (in which resource-based towns dominated, for instance, or before outsize real-estate prices lowered some Lower Mainland rankings), but many communities are perennial hot spots, including Prince Rupert, Kelowna and Nanaimo.

We talked to civic leaders in some right-sized B.C. cities and towns, focusing on places outside the Lower Mainland and its bedroom communities, to find out why their communities are thriving. Here are 10, organized by economic region–plus a few smaller and up-and-coming places to watch for the best places for work in B.C.

Mayor Lori Ackerman describes her hometown as “young, with an average age of 30, and all the amenities you’d find in a larger city.” Ackerman notes that many of her neighbours moved to Fort St. John 10 or 20 years ago with short-term goals–perhaps to boost their careers or pay off debt with well-paying resource-industry jobs–then stayed.

With prosperity linked to oil and gas, forestry, agriculture and mining, the city boasts the highest average household income in B.C. Growing service and retail businesses like Whole Wheat & Honey Café and Peace River Boat and Auto Repairs–just two of more than 75 unique home-grown enterprises–need customer-facing staff and trades to serve its 20,200 residents.

Port of Prince Rupert expansion continues to drive renewal here: in 2017 alone, the Ridley Island Propane Export Facility and other projects added more than 300 permanent new jobs to the port’s full-time total of 3,100.

“There are countless other opportunities here,” says Ceilidh Marlow, project coordinator of Redesign Rupert. “Northern Health is constantly recruiting for physicians, nurses and technical staff; the School District and College are on the hunt for educators and support staff; and the small business, retail, service, and hospitality industries are always looking for qualified employees.”

Marlow says the population of 12,000 is growing, but not as fast as the economy. “We have the jobs, now we just need the people!”

Mayor Carol Leclerc calls her formerly logging-dependent city on the Skeena River “the spot in northwest B.C. to do business, perfectly positioned to take advantage of the billions of dollars in major developments occurring in mining, green energy and LNG.” She adds that Terrace “is the location of choice for many established businesses and entrepreneurs” due to being the service, education, and medical hub of the northwest part of the province.

City administrators are working to facilitate the development of the Skeena Industrial Development Park as an economic driver, as well as collaborating with Kermodei Tourism to support the continued growth of tourism in the region.

The great economic assets here: it’s a central transportation and distribution hub for Vancouver Island and home to an excellent deep-sea port. As Nanaimo mayor Leonard Krog points out, his city no longer relies on the port and on forestry: “We are now a regional centre for health services, technology, retail, construction, manufacturing, education and government services,” he says.

According to the city’s latest community profile, health care and wholesale/retail trade are the biggest employers, followed by construction, accommodation and food, scientific and technical services, education and manufacturing. “Businesses locate in Nanaimo because of the cost efficiencies and a complete range of telecommunications services. We also offer a well-trained, stable and educated workforce,” says Krog.

With a population of 25,000, Courtenay is one of the few places in the world where you can go kayaking in the morning, cycle at lunch, ski in the afternoon–and end the day at a five-star restaurant.

Although traditionally dependent on resource industries, Courtenay in recent years has focused its economic growth on supplying services to its growing retiree community and military families at CFB Comox, the largest employer in the Comox Valley (around 1,400 jobs). Hospitality jobs are also abundant, thanks to the steady increase in tourism.

“One of the great small cities of the world, a walkable city with a historic downtown,” is how Jim Zeeban, project manager for the region’s chamber of commerce, describes Victoria. He adds that these very same attributes are also proving to be a magnet for technology companies whose employees value a high quality of life. The tech sector in turn is supported by the fact that the two other major tech hubs in the west–Vancouver and Seattle–are only 20 minutes away by airplane.

Kelowna remains one of Canada’s fastest-growing areas in Canada, with low unemployment and job vacancies in many sectors, says Caroline Miller, policy analyst for the chamber of commerce. “Especially in the tech realms of digital media and animation. Although our manufacturing base is small, it too has vacancies.” The service, transportation, office, agriculture and health care sectors are thriving, and cannabis production promises to create yet further opportunities for entrepreneurs and newcomers.

Miller characterizes Kelowna as a “‘people-sized’ city with many, if not most, amenities for all ages,” and she credits Okanagan College and the University of British Columbia Okanagan campus for injecting a healthy dose of vitality into the region.

Chamber of commerce president Fiona Harris moved her family to this neck of the woods years ago and has never looked back. She says, “We’re a tourist town in the summer and supported economically by forestry. We have a lot of thriving manufacturing businesses, and even the tech industry is gradually gaining a foothold.”

As with many lifestyle-oriented communities in B.C., people are able to move to Salmon Arm and thrive “thanks to the trend of working remotely via smartphone and laptop,” says Harris. These new, telecommuting residents create new economic activity and job opportunities through the services they require, she explains.

Although Kamloops has, in the past, been perceived as having greater unemployment rates than other regional boomtowns, Joshua Knaak, chamber of commerce president, says nothing could be further from reality: “We need people; we need trades specialists and many other professionals.”

With nearly 100,000 residents, Kamloops is growing, with many large-scale construction projects underway. “A $500-million expansion of our hospital and the expansion of Thompson Rivers University are just two,” says Knaak.

From well-established firms and services to high-tech, health care, and heavy industry, many opportunities exist, and Knaak’s message to potential residents is simple: “We welcome you with open arms. You’ll enjoy a great standard of living here.”

Dione Chambers, general manager of the area chamber of commerce, notes that Vernon has always been attractive due to its natural attributes and reasonable housing costs, “but families are locating here because of the jobs–and there are lots of them.” Tourism is growing in Vernon, “and new types of tourism such as agri-tourism are taking hold and recruiting staff,” she says.

So, too, are businesses that call Vernon their headquarters, including Kal Tire, forestry product company Tolko and research specialist SQM Group. Quebec-based Vegpro hired managers and agrologists when it set up operations here last year, says Chambers. “But the biggest job openings of late have been in our city’s planning department–a sure sign that even more growth is coming.”

Right Sizing likes the looks of these promising areas, which are packed with live-work-play potential.

With its bustling commercial hub and reputation as a destination for outdoor adventure, Penticton currently has several hundred jobs advertised, according to Kim Kirkham, executive director of the Penticton & Wine Country Chamber of Commerce. “The hot sectors are skilled trades, healthcare and technical positions,” she says. Kirkham lists the local economic drivers as manufacturing; the wine, beer and spirits sector; technology; and tourism, events and culture.

Fernie in the East Kootenay grew by 18 per cent according to the latest federal census–no surprise to Patty Vadnais, executive director of the chamber of commerce. “We’re a fantastic B.C. mountain town, with many hospitality openings as well as a strong need for skilled tradespeople.” Fernie’s success is reflective of other towns in the East and West Kootenays. Vadnais says, “My colleagues in the region, including Cranbrook, Kimberly, and Castlegar, are enjoying similarly robust economies.”

A new $40-billion liquefied natural gas (LNG) project announced for Kitimat last year included plans for 10,000 new construction-phase workers–that’s more people than the existing population of 8,000. Most will be housed in oilsands-style camps, but new communities are in development and the economic climate is hot.

North Cowichan markets itself as having everything to help business flourish, including an easily accessible transportation network and a fast-growing population. Former mayor Jon Lefebure, president of Lefco Developments, says, “There’s a great cross-pollination of activity in the Cowichan Valley overall, with our pulp mill benefitting the hospitality industry, our vineyards paving the way for distilleries to locate here, which in turn has caused food companies to open up shop.”

In 2017, CBC noted that job growth in Campbell River had increased by 1,000 positions in a two-year period, today, it’s a centre of forestry-related education and still renowned as The Salmon Capital of the World. Rose Klukas, the city’s economic development officer, says 2017 “was exceptional for business activity, but by the fall of 2018 we were up 29 per cent compared to 2017–and our aim is to top that in 2019.”

With a population of 7,000, Merritt is a small city with a big reputation, thanks in part to famous musical and sporting events. Two new hotels and the Merritt Green Energy power plant opening are further indications that it’s broadening its economic base. “Tourism is on the rise, as is construction, and we’re currently attracting new businesses via tax exemptions and other initiatives,” says Will George, Merritt’s economic development and tourism manager.

Our Right Sizing selections highlight some of the smaller communities on the Best Cities for Work in B.C. 2019 list (from bcbusiness.ca)