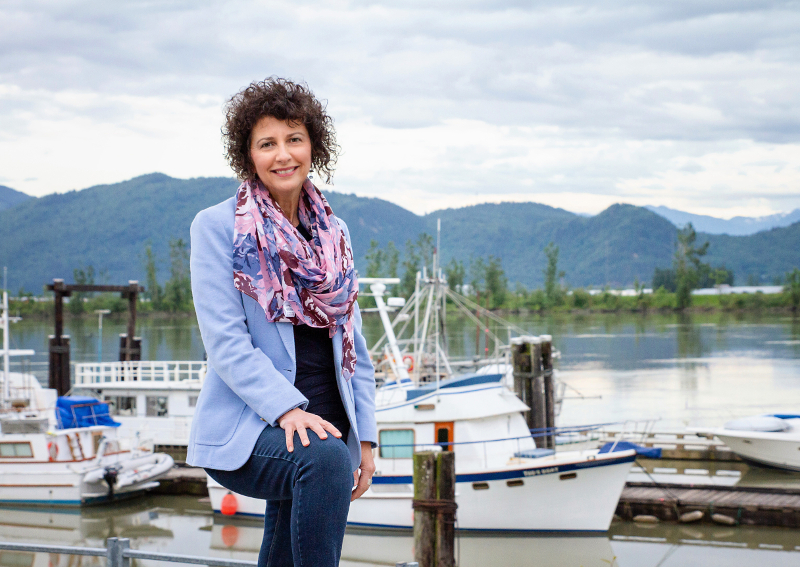 All politics is local–and the top local elected official can help change a community and its future prospects. We canvased 19 of B.C.’s standout mayors on what they’ve accomplished so far in their time in office, and where they see things going in 2020 and beyond.

Adams has served nine years as city councilor and six years as mayor. He’s board treasurer for the Island Coast Economic Trust and trustee for the Municipal Finance Authority of B.C.

#1 attraction: “It’s a vibrant community, with a welcoming, small-town feel and big-city opportunities. We’ve reduced the digital divide between rural communities and larger urban centres through investment in CRadvantage, our municiple broadband network.”

Top accomplishments: “We adopted a Financial Stability and Resiliency Plan to prevent fluctuating annual budgets that mirror the historical pattern of most resource-based communities. We’re also diversifying the local economy–adding technology, creative industries, applied research, aquaculture and many other professions as areas of opportunity.”

Born and raised in Cranbrook, Pratt spent 25 years in automotive industrial sales and 18 years in the financial services sector before purchasing the OK Tire Franchise there in 2013. Elected in 2014, he was acclaimed to a second term in 2018.

#1 attraction: “We have recreational activities of all types, for each of the four seasons. We have arts and culture, the Key City Theatre, Western Financial Recreation Complex, College of the Rockies, Cranbrook Bucks BCHL Franchise and two large senior living complexes.”

Dejardins was elected mayor in 2008 and re-elected in 2011, after three years on Esquimalt Municipal Council. A physiotherapist, Desjardins has owned four clinics in the Capital region.

Why move here? “Young families are attracted to Esquimalt not only for its vibrancy but for practical reasons too–including the only francophone school in the region. Esquimalt is one of the most affordable communities in Greater Victoria.”

Before becoming mayor in 2018, Beamish worked for 40 years as a senior administrator with provincial and local governments, including the Village of Queen Charlotte and the Hamlet of Tukoyktuk.

Top accomplishments: “Creating a Students on Council program to provide a voice to some of our local youth, and advancing two affordable housing projects totalling 110 housing units.”

#1 attractions: “We have excellent community amenities and a welcoming local market, which has helped us attract nearly 300 new businesses over the past three years.”

Why move here? “Proximity to ocean and forests, short travel distances, and no traffic–all of that equals less time in the car!”

Young has served as mayor of Langford for the past 27 years. He is the founder of the Alpine Group, a disposal and recycling company with 32 different divisions located across B.C.

Unique features: “As one of the fastest growing communities in Canada we offer a lifestyle where families can live, work and thrive–offering everything from affordable housing to a range of recreational, shopping and dining options.”

Why move there? “Langford council is focused on providing a wide range of recreation opportunities for residents; a recent example is the new Island Training Centre, the largest indoor field house in B.C. Also, eduction: earlier this year, the provincial government announced funding for three brand-new schools here.”

Van den Broek worked for the city for eight years before becoming a Langley City councillor, and was the first elected mayor in 2018. Previously, she worked for the RCMP and various corrections agencies.

Next-decade change: “With SkyTrain expanding into our region, which will bring further economic growth, we are excited for the future.”

Brown brought a half-century of family roots in the Nicola Valley and 30 years of executive experience to a four-year council term, before her election as mayor in 2018. She’s a Director on Thompson Nicola Regional District, Municipal Finance of B.C. and Southern Interior Development Initiative Trust.

Top accomplishments: “We have reduced tax rates where in other municipalities they’ve largely been on the rise. I am proud of the significant steps we have taken to ensure high levels of customer service for the public and developers, and to reduce unnecessary ‘red tape.'”

Unique features: “Affordable property and geographical location. In the next decade we will be the main gateway to the BC Interior with more and new businesses. We offer many urban amenities that wouldn’t typically be expected in cities of our population, mainly in the areas of healthcare, education and public recreation area.” 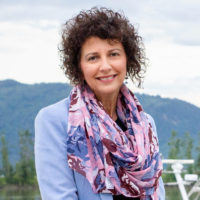 Alexis was elected school board trustee in 2005, serving for six years. In 2012, she became Vice President of the BC Winter Games; in 2016 she ran for Council and in 2018 was elected mayor.

Why move here? “We are a caring community, we have exceptional cultural and recreational opportunities–and we have homes that are affordable.”

Next-decade change: “We are growing by two per cent a year, with many communiting outside the community for work. Consequently, we are working to create opportunities for more local employment.”

Krog was elected mayor in 2018 and was previously the MLA for Nanaimo, serving as the B.C. Government Caucus Chair and Official Opposition spokesperson for Justice.

Unique features: “We are minutes away from some of the best diving, kayaking, SUP boarding and boating activities in B.C. We also have over 1,400 hectares of protected open green space.”

#1 attractions? “Being the fifth-largest urban centre in B.C., Nanaimo is easily accessible to the mainland, Pacific Northwest and other island destinations by air, ferry, road and rail. With eight per cent growth in new businesses in the past five years, the city is home to well over 6,100 businesses, a highly educated and well-trained workforce.”

McKortoff worked as a primary school teacher in Osoyoos for 34 years before first being elected mayor in 2014. Re-elected in 2018, she’s a director of the Regional District of Okanagan Similkameen (RDOS) and chair of the Okanagan Basin Water Board (OBWB).

#1 attraction: “Osoyoos–which is considered the only pocket desert in Canada–is home to two desert centres,” the Osoyoos Desert Centre and the NK’MIP Desert Cultural Centre.

Why move here? “We have an excellent school system, extensive and varied parks and trails systems and the warmest freshwater lake in Canada. It all makes for awesome, affordable and accessible activities for families.

First elected mayor in 2018 at the age of 30, Minions is the youngest mayor to ever serve on Vancouver Island. She previously spent four years on city council while running her mortgage brokerage.

#1 attraction: “Over the last five years, a significant number of investments have been made in Port Alberni, totaling more than $100 million. Our small island community of 17,000 is home to one of North America’s finest deep sea inland ports, a state-of-the-art secondary school, a new hospital, an array of recreational facilities and an upgraded airport.”

Why move here? “House prices, for starters: you can buy a beautiful detached home in a unique neighbourhood for less than $350,000.”

Formosa served a three-year term as city councillor before his first election as mayor in 2011; he’s been re-elected twice. For more than 40 years, he has also managed and owned 15 private companies.

Next-decade change: “We will continue on the course we are on now–away from heavy industrial activities to the diversification that fibre optics has brought, which has renewed our citizenry.”

Must-know facts: “First, we no longer have a smelly pulp mill in Powell River–although we still produce paper. Second: newcomers are always amazed at the vast amount of amenities Powell River enjoys.”

Reinhardt has been mayor of Radium Hot Springs since 2014, after serving two terms on village council. Reinhardt previously worked for the Canadian Red Cross before entering politics.

Top accomplishments: “I have been very lucky to be mayor at completion of a number of large projects, including the Radium Hot Springs Centre. We also now have an access point on the Columbia River for paddlers and river explorers–on property generously donated by a local developer with whom I was conversing.”

#1 attraction: “Our location is the southern gateway to Kootenay National Park, with the world-famous Radium Hot Springs. We are also situated near the headwaters of the Columbia River, on the last remaining unspoiled wetlands in North America.”

For more than three decades, Sulz has been a resident of Revelstoke, operating the Brandon Bowers Funeral Home for the past 25 years. After two terms on council, he was elected mayor in 2018.

Unique features: “Our ability to grow from a resource-based economy to a tourism-based economy, without losing the sense of where we came from. CP Rail, the forestry sector and sawmills continue to thrive because of their ability to diversify and remain viable; they remain the largest employers in the community.”

After serving as city councillor for six years, Moore was first elected mayor in 2014 and re-elected in 2018. The former sales management consultant has lived in Rossland for nearly 20 years.

#1 attraction: “In a matter of moments, residents can access fantastic downhill skiing at Red Mountain Resort and over 40 kilometres of groomed cross-country ski trails at Black Jack Ski Club. In the summer months, mountain bike and hiking trails offer plenty of challenge and lovely vistas.”

Must-know facts: “Rossland is a dynamic community with a lot of educated, creative and savvy residents. It’s possible to find very high-quality employees. There is a burgeoning technology sector and the level of entrepreneurship in our region is just outstanding.”

After a four-year term as councillor, Elliott was elected mayor of Squamish in 2018. Elliott, who previously ran a coaching and consulting business, has lived there since 2012.

#1 attraction: “We offer access to a deep-water and short-haul port, with extensive rail and highway connections from our community to global markets. From clean technology to performance apparel design, beverage manufacturing to tourism, Squamish has a diverse and growing range of sectors.”

Next-decade change: “Squamish is transitioning from a small town to mid-sized community, with population projections of 30,000 residents by 2031. The District of Squamish is developing a Community Climate Action Plan that will transition Squamish to a low-carbon community by developing local solutions to meet emissions reductions targets.”

Boot was elected mayor of Summerland in 2018 following a term as councillor. She’s a director on the Okanagan-Similkameen Regional District and Okanagan Basin Water boards who founded the Grasslands Nursery and Garden Supplies store in 2005.

Unique features: “We have all the convenience of urban amenities while still offering a relaxed pace and opportunities for a balanced lifestyle. We are nestled between three lakes, with an international airport, full university and a regional [hub] city just 30 minutes away by a four-lane highway.”

Prior to being elected mayor in 2018, Walker had a long career in the public service, as a health-care professional and vice-president and president of the B.C. Government and Services Employees Union.

Top accomplishments: “After the devastating storm of December 2018, repairing the pier and reopening the promenade were absolute priorities. But what really stands out is having a community where people believe they have input. I know we’re successful when people send an email to me to say, ‘Hey, there’s something wrong here and we’d like to talk about it.'”

Unique features: “Our community has two seasons–one is the summer time, when people come here to our beaches and walk the promenade and the pier. And the other is the winter time, when it’s mostly locals. What we’re trying to do is open this community up so that those who come in the summer will find reason to come back in the winter.”

Seven more mayors who are making their mark.

Fernie: Mayor Ange Qualizza
Why: For overseeing the completion of a new $6.9-million Public Works facility, modernizing critical infrastructure in her mountain community ($300,000 under budget!).

Kamloops: Mayor Ken Christian
Why: For the $417-million Royal Inland Hospital Patient Care Tower, which, when complete in 2021, will provide a state-of-the-art hospital for the region.

Oak Bay: Mayor Kevin Murdoch
Why: For spearheading a refreshment of the housing stock and civic infrastucture in this circa-1960s Victoria suburb.

Penticton: Mayor John Vassilaki
Why: For helping to bring order to Penticton’s streets, including passing a “no-sitting on downtown sidewalks” bylaw.

Terrace: Mayor Carol Leclerc
Why: For effective lobbying of the province and LNG Canada to address infrastructure pressures generated by nearby pipeline projects.