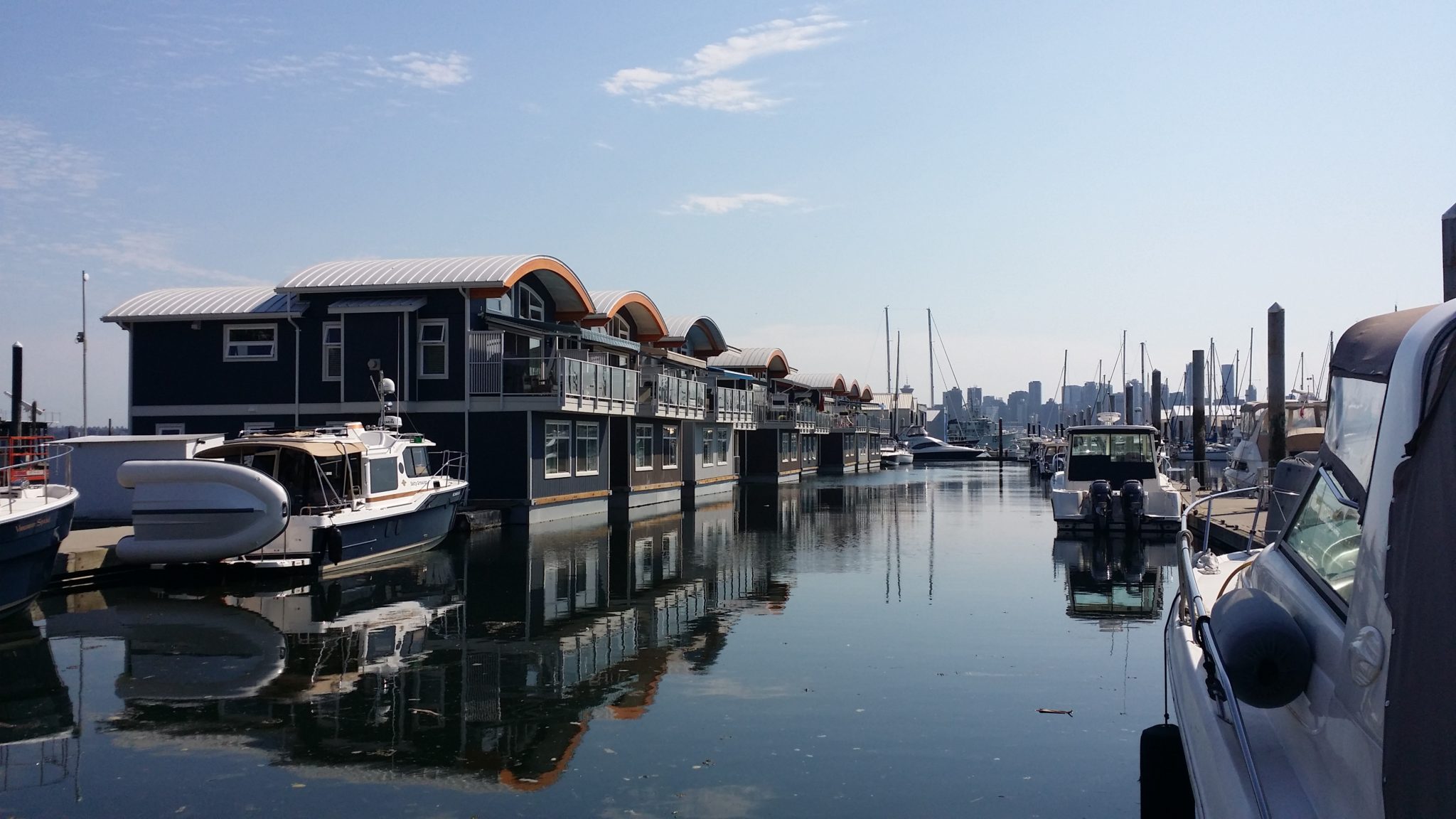 When instructional designer Margo Mayo moved from an acreage in Alberta to a new home in Fort Langley, B.C., seven years ago, she was somewhat concerned that her new 348-square-foot dwelling would feel claustrophobic.

But no sooner did she settle in than she was overwhelmed by a sense of freedom. “In addition to a well-designed house that included a full size kitchen and bath with soaker tub, I had neighbours who all looked out for one another,” she says. “We could spend our spare time socializing or alone, fishing for salmon right off our decks. And, if in the unlikely event we fell in love with a different location in Metro Vancouver, we could move our houses to that spot.”

That’s because Mayo and her neighbours are float home owners, part of a growing community that, according to the Floating Home Association of B.C., consists of over 800 dwellings (some rentals, mostly privately owned) moored in coastal marinas and along rivers and lakeshores throughout the province.

While Mayo and other float home owners were attracted to this type of dwelling due to their love of the water and the unique lifestyle it afforded, float homes (which are houses built on a floating apparatus as opposed to houseboats that have their own means of propulsion) are rapidly being recognized as an affordable means of home ownership in a province where even starter homes are unaffordable for many gainfully employed people.

Vancouver-based realtor Judy Ross, who has specialized in float home sales since 2000, says, “A typical price for a 1,400-square-foot home is in the $400,000s, although you can find fixer uppers as low as $118,000 or truly opulent dwellings closer to $1 million — with this range of prices pertaining to homes located everywhere from rural regions to urban spots such as Coal Harbour.”

As with land home buying, costs associated with ownership come in the form of moorage fees, which cover hookups for utilities, water supply, and other necessities such as garbage management. “These fees vary depending on the marina — a common amount is $1,000 per month — but all told it’s still a substantial savings over land ownership,” says Ross.

Tech sales person Randy Hackbart, who until purchasing a 760-square-foot fl oat home in June of this year was renting a Gastown loft with his wife for $2,900 per month, agrees. “We’re now spending about one third of what it used to cost us living on land,” he says.

As for the lifestyle, Hackbart can’t imagine reverting to being a landlubber, even though at the time of this writing he had been living in his new dwelling (in North Vancouver’s Mosquito Creek Marina) for just a few days. “For one thing, I’ve never slept better,” he says. “We’ve already had invitations from everyone in our community for dinners and get togethers, yet there’s also a distinct respect for one’s privacy – perhaps because this is a tightly-fit way of living.”

Mayo, who once taught astronauts how to operate the Canada Arm on the International Space Station, concedes that float home living isn’t for everyone. “If you don’t like the water then this isn’t for you,” she says. “However, whether you’re single or have a family, it’s definitely something to consider. For me, the gentle swaying of my home during the rainy season or the hot summer days when I can laze about in my inflatable recliner on the river amounts to a great way of life.”

In Greater Vancouver alone, the list of marinas prospective fl oat home owners can choose from is huge, and while typically many locations charge moorage for a home’s slip, hook-ups and utilities, there is the option in some cases to purchase the waterlot. While the attractions of the individual locations could fill a book, Greater Vancouver’s marinas include destinations such as: