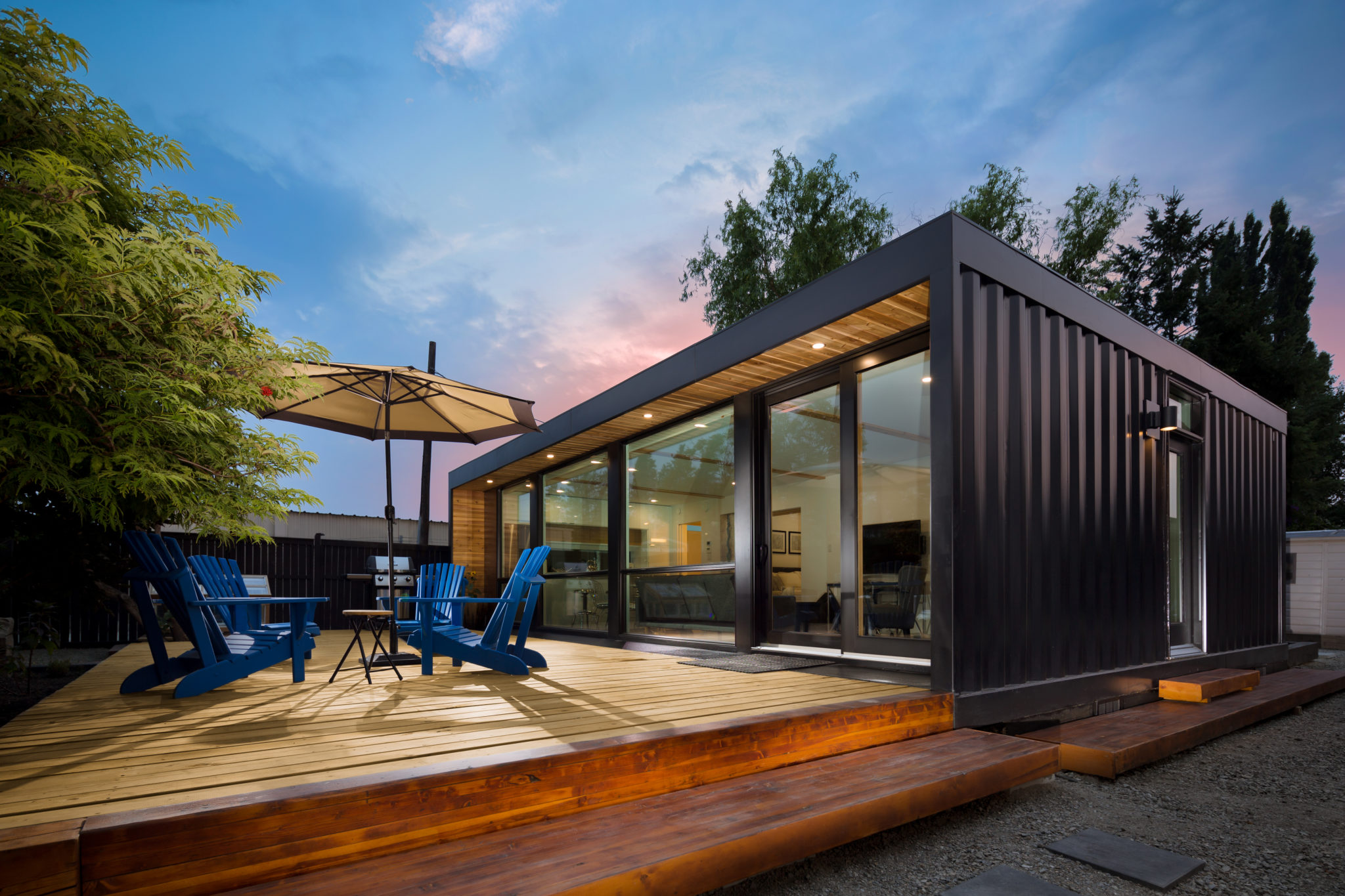 From upcycled container homes to stylish surf huts, clever designs and unique building materials are adding a wow factor to neighbourhoods near you.

Edmonton-based Honomobo, which has been selling pre-manufactured shipping container homes for the past two years, says demand has been growing steadily throughout B.C., Alberta and California.

Homes range from 273 to 1,530 square feet and are shipped to their destination as modern plug-and-play houses. Because these homes are constructed in a factory, they arrive on site 95 per cent complete, minimizing most disturbances to the neighbourhood, says sales manager Mark Kohlen.

“The homes are all built with recycled containers, which otherwise would be thrown away. They’re very efficient, solar ready, and the structurally insulated panels are impervious to water and fire,” says Kohlen.

“It does have a specific look that is appealing,” he says. “It also has immense use when it comes to moving locations. For one, you can bring it to the location pretty much finished.”

Another talking point is Vancouver-based Backcountry Hut Company’s prefab kits. Think stylish huts or a surf shack that can be assembled with a team of four friends in just days, IKEA-style.

ExpanDwell Homes is creating a prototype for a pop-up house that will expand from its transportable size into a cabin with a cathedral ceiling and large windows. This way, you can take your cabin with you wherever you travel.

Owner Meagan Strong says she is designing it now and hopes to have it on the market next year.

“The plan for the pop-up house is to be similar in weight to an RV for ease of transportation, but will offer a larger—and less claustrophobia- inducing—living space thanks to its open layout, large windows and to the unique way it expands,” says Strong.