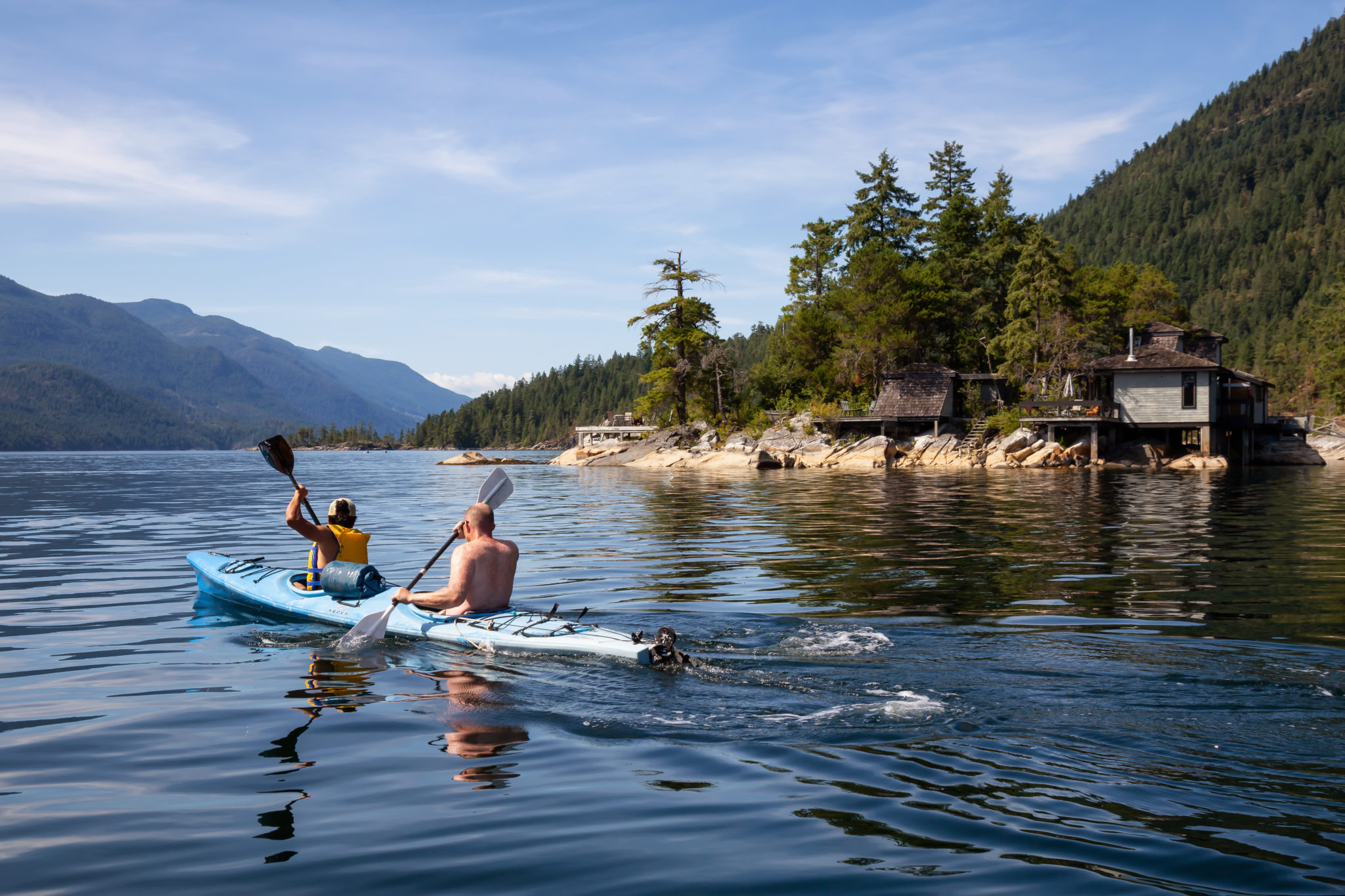 Enjoying the calm waters and a slow pace of life on the Sechelt Inlet. Photo by EB Adventure Photography/Shutterstock.com

After selling and moving to the Sunshine Coast, the only question these couples ask themselves is why they waited so long

Ken and Michelle Skjerpen have no problem listing the numerous reasons why leaving Yaletown for Sechelt was the best decision they ever made—they only wish they had done it sooner.

For these baby boomers, the traffic congestion, noise, cost of living and the general stress of city living was starting to compromise their overall health and sense of well-being.

“We are so much happier and less stressed… we always ask ourselves why we didn’t do it sooner,” says Ken, who still commutes to the Lower Mainland a few days a week. “It was always our dream to move to the Sunshine Coast but we kept putting it off.”

Finally, after debating the pros and cons for a few years, in 2017 the couple traded their 1,850-square-foot condo for a 4,700-squarefoot home overlooking the Sechelt Inlet. “I have the windows open every night and rather than listen to traffic and city noise, I hear the birds chirping and the waves crashing,” says Michelle. “People here are so laid back and friendly, I couldn’t be happier.”

Retirees Peter and Iris Hill couldn’t agree more with the Skjerpens. The couple left their hectic lives in Burnaby for the “carefree lifestyle on the Sunshine Coast.”

“We had been thinking about leaving the city for a couple of years, but I needed a period of adjustment after retiring,” says Peter.

“It’s a beautiful life,” adds Iris. “Had we known how great it was, we would have done the move much sooner.”

They sold their 4,800-square-foot family home and bought a large home in Selma Park in east Sechelt and still put money in the bank. “We have eye-popping views of the forest on one side of us and on the other, we look straight out to the ocean,” says Peter.

Stephen Phillips, a longtime realtor in the Lower Mainland, hears these sentiments echoed over and over again.

“I have two clients who didn’t listen to their grown children years ago when they told them to sell their big homes and move to a smaller community,” says Phillips. “These clients, who are now in their seventies and eighties, are kicking themselves for not having done the move sooner. They simply don’t have the physical energy they once did to do the things they love.”

Phillips adds: “A lot of baby boomers are telling me that they don’t want to replicate what their parents did, which was to wait far too long to downsize when they should have done it when they had the drive and energy,” he says. “They want to do it sooner to really enjoy life and get away from the hustle and bustle of city life.”