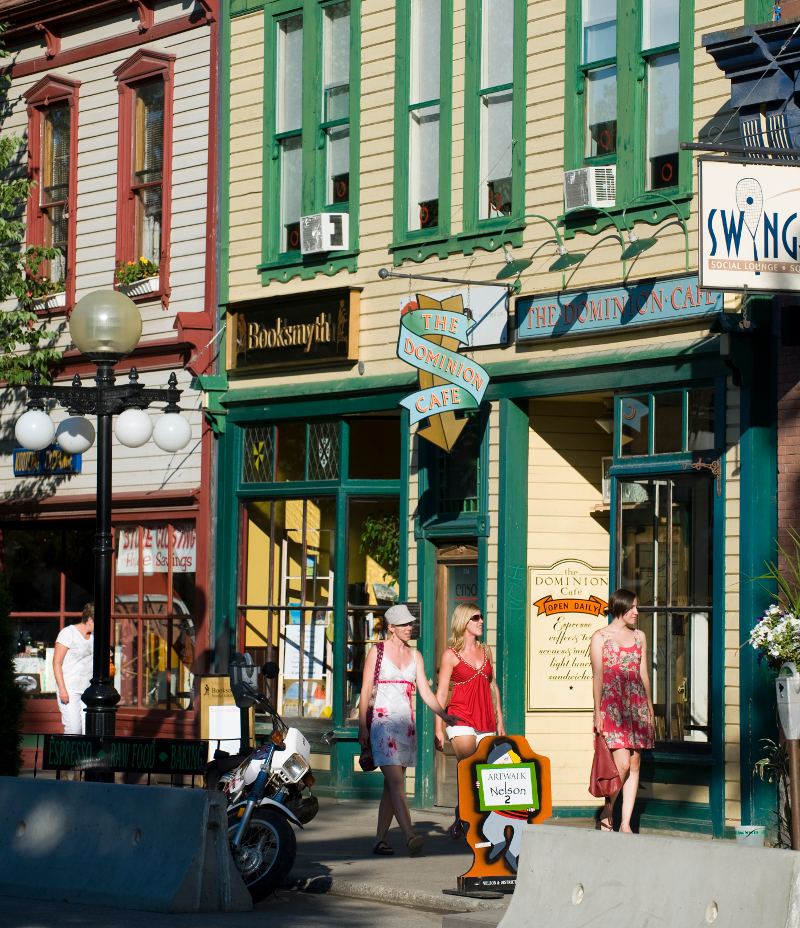 Relocating a business to one of B.C.’s more affordable smaller towns is easier than you think. Factor in local incentives and new investments in technology and infrastructure, and it might be irresistible.

Last summer, in the run-up to the 2018 B.C. municiple elections, the Greater Vancouver Board of Trade surveyed people in Metro Vancouver on key issues facing the region. Fully three-quarters of business owners said their ability to recruit or retain employees has been affected by the high cost of housing, according to the survey by Mustel Group and FleishmanHillard HighRoad. When asked if the Metro Vancouver tax burden is “reasonably fair for the services used by my business,” 39 per cent said no and 23 per cent were unsure (just 38 per cent said yes).

For business owners tied to a community in very intractable ways (such as a mill operator, or a set-design firm close to filming locations), pulling up stakes may not make sense. But for entrepreneurs who can work from just about anywhere–especially consultants and those in the tech sector–the time for making a move is ripe. Here are a few things, and places, to consider.

Nelson, in B.C.’s West Kootenay region, has long been a popular place for tourists and retirees. But today the city of 10,000 is also a big draw for entrepreneurs, still in the prime of their working lives, who seek both a business-friendly climate and a place where they can enjoy sophisticated after-hours life.

The Kootenay region led B.C. in small-business growth between 2014 and 2017, with the number of new businesses jumping by nearly 20 per cent (compared to less than eight-per-cent growth province wide). More than 1,300 business licenses were issued last year in Nelson, which services a local trading area of 60,000 people. The business property tax rate in Nelson is $9.54 per $1,000 of assessed value–more than a dollar per unit less than Vancouver (at $10.85), which adds up when multiplied with big-city valuations. If you’re looking to rent space, you’ll pay a fraction of Vancouver prices: about $12 a square foot/year in Nelson, versus more than $30 in Vancouver.

The decision to locate or relocate doesn’t always come down to dollars and cents. Greg Malpass, CEO of cloud-tech consulting firm Traction on Demand, recently opened a branch office in his hometown of Nelson. While intergrating into a new town is always a challenge for entrepreneurs, Malpass says his experience was a positive one. “People are very kind, welcoming and helpful,” says Malpass. “The leadership at the local Legion, particularly, was so helpful in creating the opportunity for me to convey my commitment to create great local jobs.”

With its central location on the Trans-Canada Highway (Highway 16), Smithers has long been a vital service centre for the north–linking the port city of Prince Rupert (and neighbouring hubs Kitimat and Terrace) to the industrial heartland of Prince George. Today, this city of nearly 6,000 also has multiple daily flights to and from Vancouver (via Smithers Airport, five kilometres north of town).

With nearly 20,000 residents in the surrounding valley and rural communities, Smithers checks a lot of economic boxes for entrepreneurs. It’s a younger population (average 39 years of age, compared to the provincial average of 43). With an average household income of $85,000 for under-45 segment (according to 2018 data from Environics Analytics), younger families have money to spend. Five-year income growth in Smithers (from 2012 to 2017) was a robust 16.4 per cent (compared to 13.7 per cent in Vancouver). A detached home in Smithers is a relative steal, around a $280,000 average price.

Technology: The Backbone of the Island

Connectivity is also key to the growing popularity of Campbell River, on northern Vancouver Island–though that notion extends far beyond its airport, ferry connections or location at the heart of the Island Highway. Campbell River has recently invested in a downtown municipal broadband network, which will enable delivery of low-cost broadband to the city of 35,000–the first community on Vancouver Island to offer such an open-access network.

The installation of the network, CRadvantage, was completed in 2017 with the city now planning for future expansion. According to Karla Duarte, Campbell River’s economic development analyst, the network, “directly addresses the digital divide encountered by non-urban communities by fostering a marketplace that provides low-cost, high-quality, high-speed internet access–guaranteed to be scalable up to 1 GB symmetrical. You can operate like a Silicon Valley start-up or enterprise, while living in an affordable paradise.”

Check out these repositories of business information and opportunities.