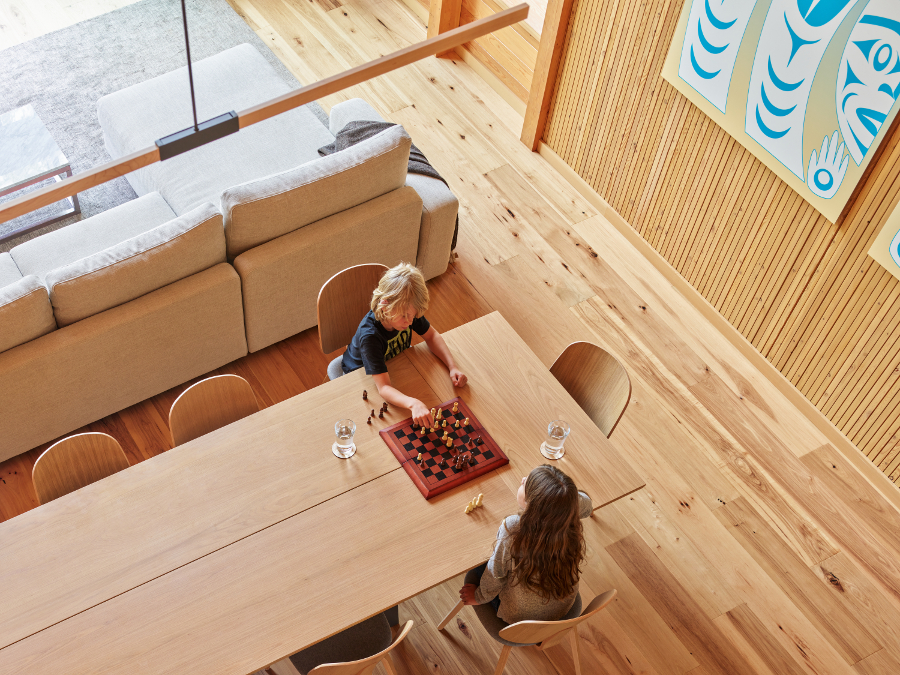 Not your typical alpine home, SoLo is a mass timbre house located in the Soo Valley, north of Whistler, which showcases Passive House standards. Photo on this spread by Andrew Latreille / Courtesy: Perkins&Will.

As climate change creates new challenges for homeowners, interest is growing in the Passive House building standard, not only for its energy efficiency, but for its comforts.

It’s been 12 years since Austria’s Passive House, home base for Austrian athletes and officials during the 2010 Vancouver Winter Games, put this standard for energy efficient homes in the spotlight in B.C.

The idea was originally developed in North America in the 1970s, as governments grappled with the energy crisis. “The Canadian federal government funded a group of engineers, architects and building scientists to build a forerunner of today’s modern Passive House in Saskatoon,” says Chris Ballard, CEO of Passive House Canada. “They employed the fundamentals of modern Passive House standards: good windows and insulation, and solar orientation. Then the Europeans took the ideas and codified them.”

Since its reintroduction, though, the concept has caught on like wildfire, and hundreds of Passive House buildings have gone up throughout B.C. and across the country. “We are influencing the entire building community by demanding better standards,” Ballard says. “If you look at where the federal government wants to go with the national building code, it really means that homes will need to use Passive House principles.”

Passive House is the most rigorous global energy efficiency standard for buildings, enabling a home to perform 90 per cent more efficiently than one built to standard code, through a combination of design principles and technical specifications.

Cillian Collins is a senior architect at Perkins & Will and a certified Passive House designer who teaches training courses on behalf of Passive House Canada. “With increased focus on the building envelope, ventilation and healthy indoor environments, the Passive House standard offers resilience against the increasing risks of climate change, such as heat domes and harsher winters,” Collins says. “And with buildings accounting for 40 per cent of carbon emissions globally, this is low-hanging fruit in tackling climate change.”

The beauty of the Passive House standard is that it’s not difficult to build to, Ballard says. “The Passive House principles include lots of insulation, good quality windows, making sure the house is airtight and having a solar orientation. It’s not high tech to do that stuff.” 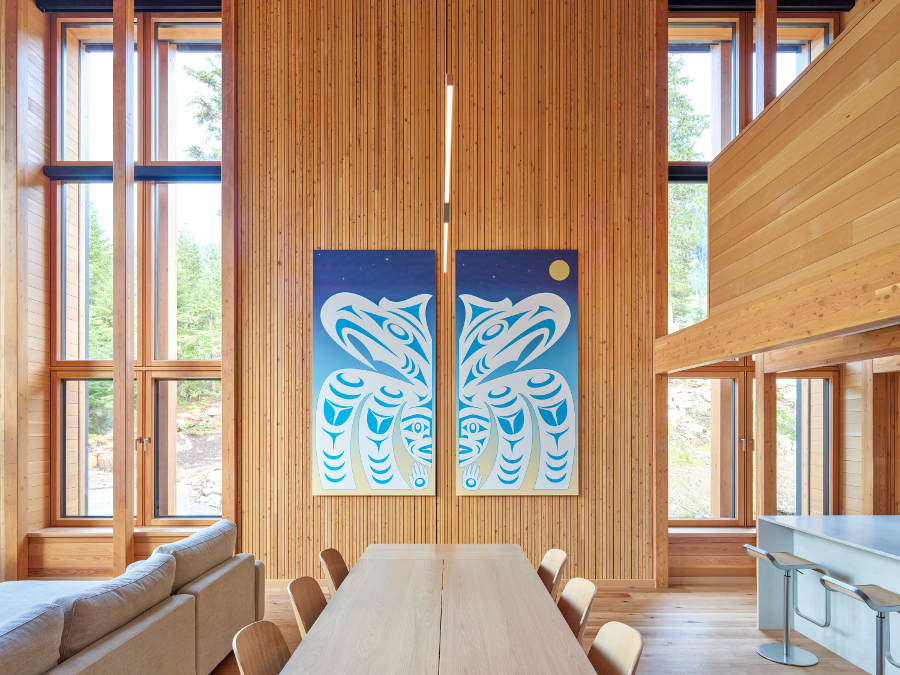 One of B.C.’s foremost Passive House builders is architect Lucio Picciano, who launched DPL Designs in 2005 to focus on high-performing buildings. “It quickly became obvious that Passive House was the only method for quantifying exactly what you’re delivering to the client in terms of energy and comfort.”

To prove it, he built his own Passive House in 2014 in East Vancouver. “I made a point of using standard trades and off-the-shelf materials to demonstrate that the industry did not have to revolutionize to achieve this,” he says. “It became the first certified Passive House in Vancouver and only the fifth in Canada.”

After that, his work “exploded” he says. “I’ve become 100 per cent focused on Passive House with all my projects, including residential and mixed use,” he says. “We have the most [Passive House] certified buildings of any architectural firms in Canada.”

Picciano says Passive House standards come down to four main differences from traditional building conventions. “We use more insulation on the envelope–the floors, walls and roof,” he says. “We use better windows–triple glazed with insulated frames. We use an enhanced ventilation system. And we look at the shape of the building, the placement of the windows, the style of the roof, to reduce articulation.”

Ultimately, Passive houses stay cool in the summer and warm in the winter without much energy consumption. But, they come with lesser-known benefits, too.

HEALTHIER FOR THE PLANET, AND FOR PEOPLE

During a pandemic, while the world is hyper-focused on indoor air quality, interest in the Passive House standard is also driven by health concerns.

“My father was frustrated with how [wood-built] homes performed, but he also started seeing homeowners getting sick,” Krayenhoff says. “We live in a rainforest, and if you’re opening up a 10-year-old stick building, you’re going to find mold. Rammed earth, however, doesn’t mold.”

The company used SIREWALL in the construction of Randy Bachman’s home (technically not a Passive House) in the 1990s to help alleviate Bachman’s daughter’s asthma, for instance. “Within a year of moving into the home, she was able to throw away her [asthma] puffer,” Krayenhoff says.

But Passive Houses offer other health benefits, too, including noise and emissions reductions. “When you walk in and close the door, you’ve left the noisy world behind you,” Ballard says. “There are no car horns, no police sirens, and it’s so wonderfully soothing.”

Most importantly, passive homes can significantly help curb global carbon emissions. Pacciano adds. “Studies have shown that if everyone built to the Passive House standard, that would be the only thing we would have to do to maintain global temperature increases to two degrees.”

GETTING STARTED WITH YOUR PASSIVE HOUSE BUILD

Passive homes are not hard to build, says Passive House Canada CEO Chris Ballard, but it’s important to know what to expect before you get started.

DESIGN Start by hiring an architect who is certified in Passive House design.

MATERIALS Prepare for a bit of sticker shock on components like windows, insulation and wrapping. But most of what you need, you can buy at the local hardware store.

COST Expect a cost premium of two to 10 per cent above a standard build. “People think that Passive House is for the wealthy,” Ballard says. “That is not the case.”

OPERATION AND MAINTENANCE Without a furnace and building with high-quality materials, expect energy and maintenance savings over the long term.