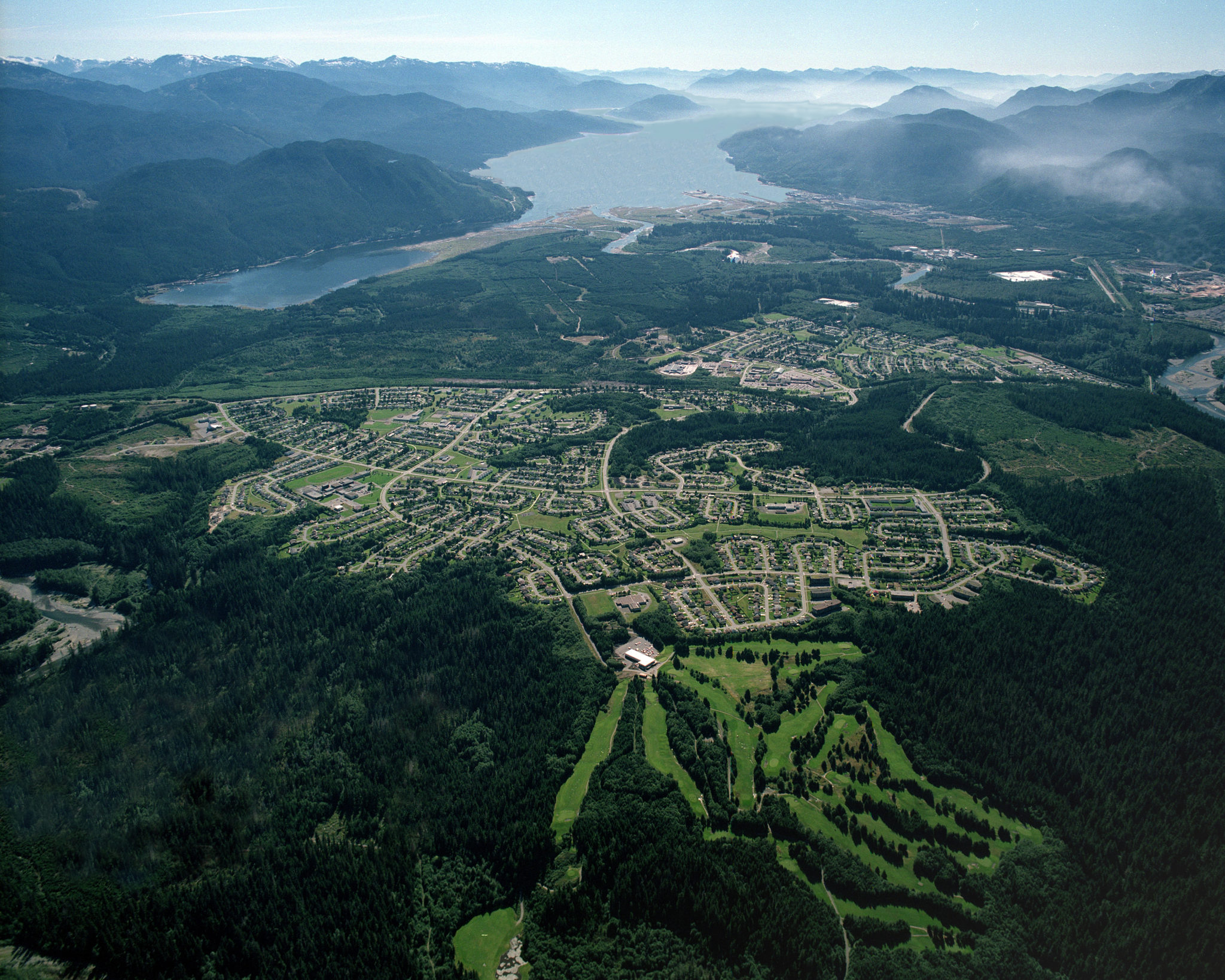 Photo courtesy of District of Kitimat

Northern district in the spotlight with announcement of an LNG project

In case you haven’t noticed, the town of Kitimat has been in the news lately with the announcement of a revived $40-billion liquefied natural gas (LNG) project. After decades of planning and a two-year delay due to unfavourable market conditions, a consortium or resource companies headed by Royal Dutch Shell will build a 480-kilometre Pacific Trail Pipeline from the vast natural gas fields in Northeastern B.C. to Kitimat. The proposed LNG plant will pressurize the natural gas for transportation via Douglas Channel aboard special container ships bound mainly for Asia.

Right now the scattered population of Kitimat-Stikine is around 8,000, but close to 10,000 new workers will descend on the District of Kitimat during the plant’s construction phase. The name Kitimat refers to the local Haisla First Nation and translates as “people of snow” in the Tsimshian language, but to Canadians it may well mean boomtown.

In the 1950s, the federal and provincial governments combined forces with the Aluminum Company of Canada (Alcan) and created one of the most magnificent social and industrial experiments ever attempted. Kitimat is nestled in the Coast Range mountains where the Kitimat River flows into Douglas Channel–precisely where Alcan build the world’s largest aluminum smelter and the hydroelectric station that powered it. The Kitimat-Kemano project, as it was dubbed, was an impressive engineering project and one of the most ambitious in Canadian history.

Just as remarkable, the thousands of Canadians who were housed in a master-planned community that is studied by urban geographers to this day largely because the design, at the time, was a leap away from previous military-style barracks to house workers.

Since the LNG announcement, reports are that realtors are being inundated with calls–and bidding wars for properties are escalating. Although most workers will be housed in camps similar to those built for oil sands workers near Fort McMurray, Alberta, Kitimat’s apartment vacancy rate–at 42 per cent in 2017 according to Canadian Mortgage and Housing Corp. data–will likely plunge.

Like the Alcan smelter, the LNG project will bring lots of new money to town. What will these newcomers do in their spare time? They’ll be able to trophy fish gigantic salmon. They can motor or sail down the protected waters of Douglas Channel alongside dolphins and killer whales. They’ll be able to ski at Shames Mountain, one of the snowiest ski hills in B.C. They’ll experience one of the most vibrant and positive First Nations cultures in the adjoining Haisla village.

Joining past and present, the new arrivals can even tour the Alcan–now called Rio Tinto–smelter, which is still in operation and scheduled for further modernization. –Steven Threndyle