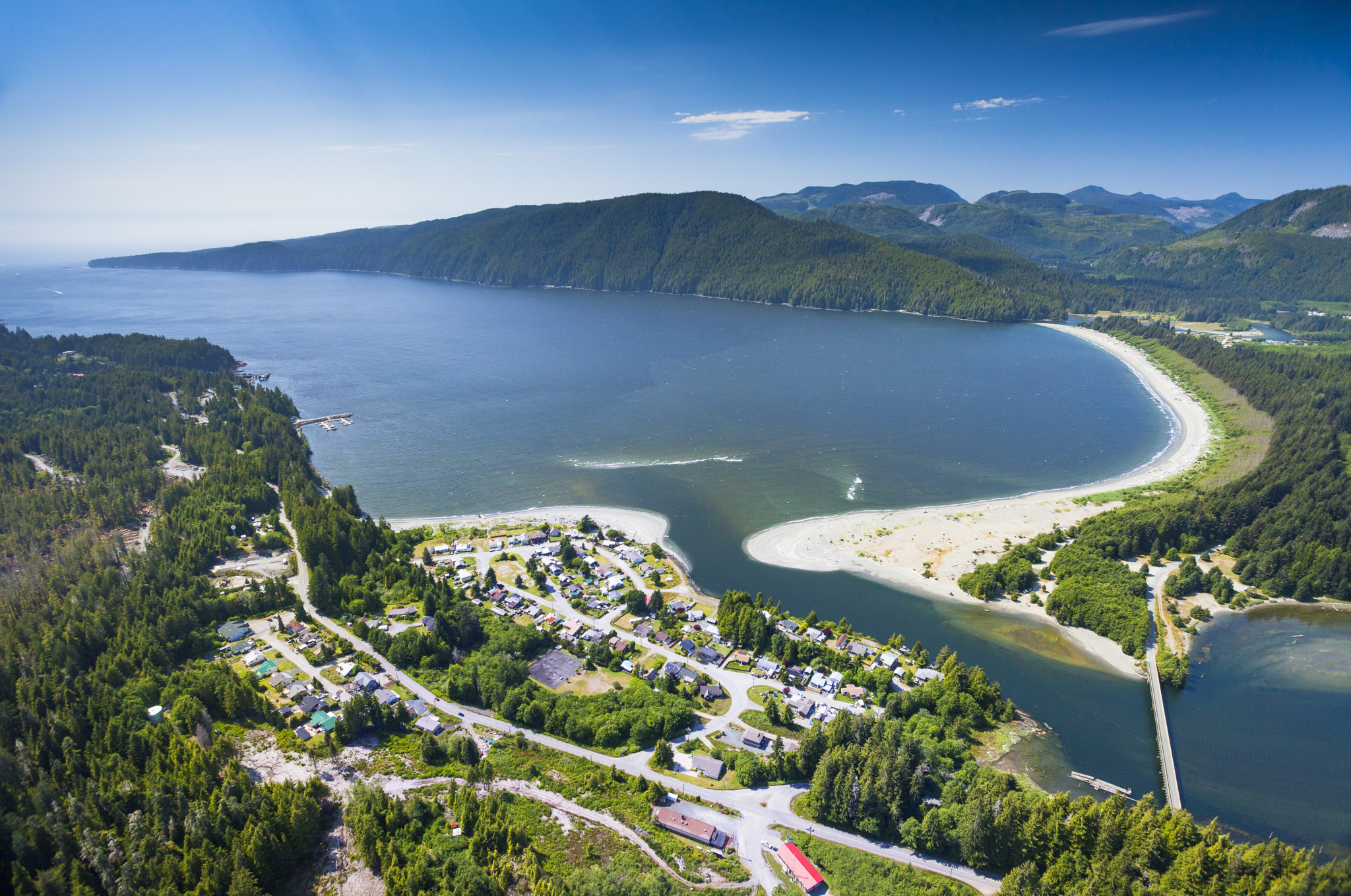 It’s raining in the rainforest. Not unusual around the town of Port Renfrew, except that drought has beset this area of southern Vancouver Island for months. Hard against the angry Pacific, the once dry forest through which we track now throbs like neon after two days of heavy downpour. Toni Chalk—owner and operator of Rain Forest Tours and guide on this hike to Mystic Beach—is impressed with the transformation.

Mystic lies in Juan de Fuca Provincial Park, northern terminus of the eponymous marine trail that also links China, Sombrio and Botanical beaches. A 45-minute boot through the trees, over a bridge and down to the sea, Mystic features white sand, a walkthrough rock arch and curtain waterfalls. On the final descent we pass towering Sitka spruce: remnants of the old-growth forest that once occupied this entire coast. Campers’ colourful tents are backed by a dun bluff whose layers testify to this strand’s complex history: sandstone from when it was beach at the height of the Pleistocene glaciation; conglomerate from when the melting ice put it under water. Tides and rain chase us back to the car and we enjoy heater salvation en route to Avatar Grove, one of Canada’s natural forest wonders. Avatar is old, but knowledge of it recent—much like the tourism renaissance roiling the sleepy environs of Port Renfrew, which is a former logging outpost hosting its own rising tide of restaurants, pubs and accommodations. Wild Renfrew, for instance, features gorgeous wood oceanfront-view chalets that hug Snuggery Cove pier, where a weekly supply ship once docked until the area was connected by road to Victoria in the 1950s. At the pier’s foot sits Renfrew Pub, with nautical charm, signature meals and adventurous spirit(s)—particularly if you’re into the burgeoning craft-brew scene.

But all that’s for later as Chalk pilots us up a logging road to join Avatar’s discoverer, TJ Watt, who leads us into the arbours while explaining how his Ancient Forest Alliance has built boardwalks and steps to protect the roots and the forest floor that bursts with moss, fungi, salal and huckleberry. The walkways also allow visitors to wander among ancient hemlocks and cedars of 400 years or more. A short climb above the road stands a cedar fondly referenced as “Canada’s gnarliest tree” for the many knobby growths on its lower trunk. Step for step, tree for tree, Avatar Grove is a genuine wow. Together with the beaches and forests of the Juan de Fuca Trail, a visage of West Coast nature reclaimed.

Logging may be its past, but trees are still Port Renfrew’s future.