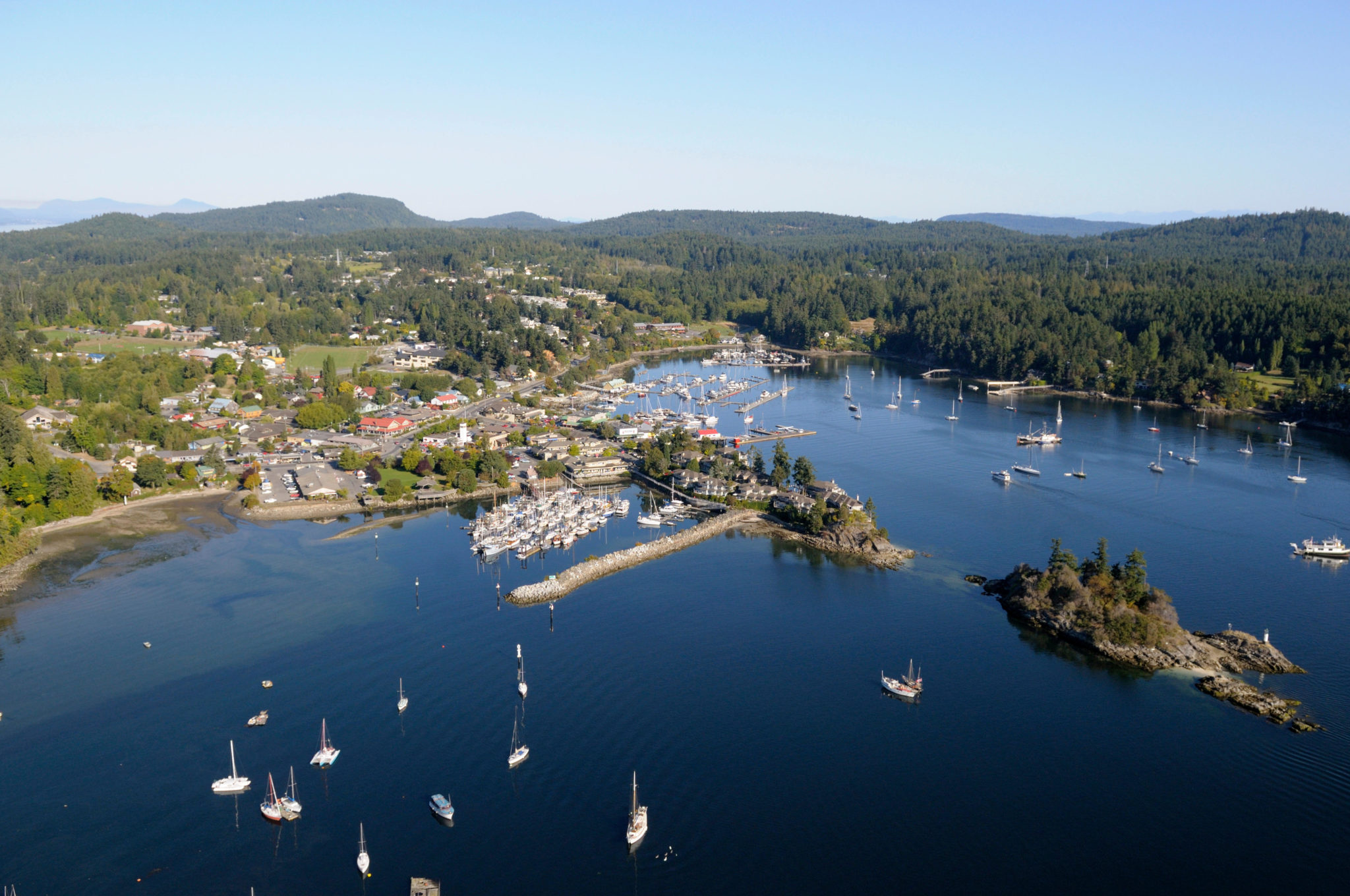 Buying and selling at opportune times afforded this Salt Spring couple a lifestyle with work, play and travel

There was a time when retirement planning was fairly straightforward: sell the house, downsize to an apartment and then join fellow Canadian snowbirds in Arizona or Florida for the worst part of winter. After four or five decades of working, don’t we all deserve an escape from sub-zero temperatures or months of rain?

As it is, baby boomers (and even some GenXers) are redefining retirement in ways that defy easy stereotypes. What you find when you interview newly retired baby boomers is that everyone’s story is different. For better or worse, family and employment situations and circumstances are increasingly complicated. Family assets might be remortgaged or sold for a variety of reasons. Self-employed entrepreneurs might face significant challenges in letting go of their business, while others might have depleted their savings due to job losses or family emergencies.

The good news is that if you happened to buy on a dip in residential real estate at pretty much any time from 1988 to 2010, your primary residence has done very, very well for you and should enable a retirement lifestyle that permits travel to exotic countries, plus purchasing Sun Belt, Mexican or Hawaiian vacation properties and even a condo—if you’re lucky—in a neighbourhood close to your adult children.

Since selling their home in West Vancouver five years ago, Peter and Jayne Lloyd-Jones have embarked on a few adventures, which is hardly surprising given that their tourism marketing and media relations firm was at one time called Spectacular Adventures.

In summer of 1992, Peter and Jayne emigrated from the United Kingdom to Canada and, after a brief hiatus in Vancouver, bought property in Whistler just as it was beginning its meteoric rise as a top-ranked international destination resort.

Part of that acclaim was due to the buzz generated by the opening of the Chateau Whistler by Fairmont (formerly Canadian Pacific) Hotels and Resorts.

Jayne used her finely honed PR skills to become the first media relations manager at the newly opened Chateau Whistler. The couple lost no time in honing their entrepreneurial skills by partnering with another family (realtor Maggi Thornhill) to own and operate Moguls, a cappuccino and quickie breakfast to-go cafe ideally situated in the established main village.

Jayne made media contacts while Peter steamed lattes and then the couple decided to start their own media relations and tourism marketing firm.

“We knew that if we wanted to establish an A-list of clients that we would have to move to Vancouver,” Jayne says. They sold their Whistler home and bought a 2,800-squarefoot home in West Vancouver—a mere fraction of the size of the monster homes being built there now—which had to include a home office as well as accommodate their two children.

Once their kids moved out of the family home, the Lloyd-Joneses did what all of those retirement brochures say you should do: they downsized into a 700-square-foot apartment in Vancouver’s trendy Yaletown and leased office space to run their PR firm a few blocks away in Gastown.

“We didn’t make quite as much money as we might have if we’d hung on for a year or two longer; that’s when West Van real estate really took off,” Peter says. “We essentially became yuppies, like back in the ‘80s—living and working downtown, walking and taking transit, and no longer needing to spend weekends on yard work or home-maintenance projects,” Jayne says, “There was something very freeing about moving into a smaller space. I can really see why younger families want to be close to downtown.”

But greater adventures were on the horizon. Peter says: “I think there’s a much more gradual transition into a different lifestyle than before. It’s not just about doing nothing and idle leisure.” Taking advantage of their extensive travel-industry experience, they began looking throughout B.C. for a bed-and-breakfast property to purchase. (For those who fantasize about such a lifestyle, the next part is critical.)

“Spectacular Ink was very much a deskbound business,” Jayne says. “We wanted a bed and breakfast so that we could get away from our desks and into the garden and kitchen and yoga studio. They say that sitting is the new smoking and there’s something to be said for getting your hands dirty in the garden every day. We both longed for the kind of job where you do a combination of physical labour, such as gardening, and interacting with interesting people.”

Jayne says: “We searched for quite some time because we wanted something that offered separate accommodation for the owners and that had an operational track record. I think a lot of people find their socalled dream home and then think they’ll make a bed-and-breakfast out of it when it should be the other way around. We really tried to take emotion out of the purchase.”

They put an offer on a B&B—Hedgerow House—near Ganges Harbour on Salt Spring Island. “We very much liked the idea of island life because it’s slower and you can really get to know the people in your community. We felt that Salt Spring offered all the benefits we were looking for in terms of being far away yet close to the city if we needed to get there. For guests, Salt Spring is easy to get to via ferry from Vancouver, Victoria or Seattle. From a personal perspective, it allowed our children to visit regularly versus being farther away in the depths of the B.C. Interior.”

The deal closed quickly and the Lloyd-Joneses were in business two weeks after taking possession. Now in its fifth season of operation, the Lloyd-Joneses have made significant upgrades to the original B&B and have made a concerted effort at environmental sustainability by installing solar panels for hot water, a rooftop rainwater collection system and planting more drought-resistant plants. Like the other southern Gulf Islands, Salt Spring lies in an arid belt that extends to the Olympic Mountain range in Washington State. The B&B even has an EV charger in case you roll up to the lodge in an electric vehicle. All of the bedding and sheets are freshly line-dried by the sea breezes and abundant Salt Spring sunshine.

A focus on health and wellness is another feature of a stay at Hedgerow House. Jayne was a yoga instructor long before it became mandatory to wear trendy clothing to attend class, and she teaches both scheduled and custom classes throughout the week—indoors and out. “I’ve had quite a few yoga teachers come over with their students as well,” she says. In keeping with the wellness theme, Hedgerow House also offers rejuvenating spa treatments (including massages and facials), an infra-red sauna and a jetted hot tub.

What Peter and Jayne are perhaps most proud of, however, is what Peter calls their dedication to Salt Spring’s “one-mile diet.”

“You’ve heard of the 100-mile diet?” he says. “In high season, literally all of the ingredients we use in our three-course breakfasts come from a one-mile radius of Hedgerow House. Many of the ingredients are grown in our own garden, while others are sourced from the farmer’s market down in Ganges Harbour or nearby farms and trusted producers.” Specialties include homemade granola, apple juice and ciders pressed on the island (not on-site), asparagus risotto and heirloom tomato tart. 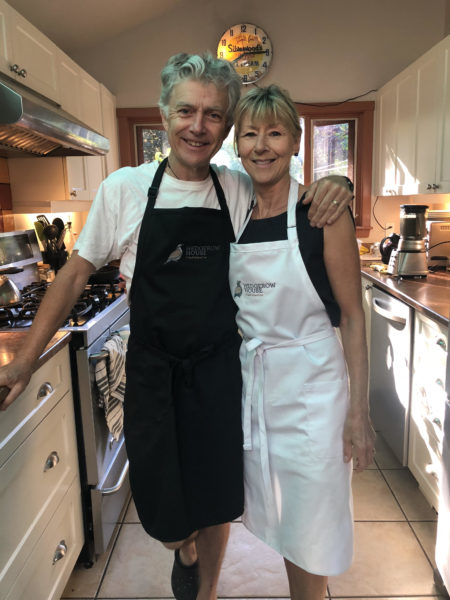 While the climate is famously benign for Canada, the Lloyd-Joneses shutter Hedgerow House in the winter months so that they can fulfill their own travelling dreams. Peter says: “Last winter, we were in Australia and New Zealand and southeast Asia. The winter before that, we were in Bali and Sri Lanka. And the winter before that we were in India and Europe. We have friends here on Salt Spring and elsewhere who have places in Palm Springs and other sun destinations, but we prefer the flexibility that running the business gives us.”

One unintended consequence has been the fact that many of their guests are similarly smitten by Salt Spring. Peter says: “Hedgerow House has become a bit of a landing pad for folks who are wondering where they might settle once they retire. Many of our guests are from Toronto or Vancouver or Calgary, and after a few days here on the island, you’ll see them come back after a day and they’ll have been talking to a real estate agent. We’ve become good friends with quite a few people who subsequently decided to move here, which nicely completes the circle for us as business owners.”

It takes a strong marriage to navigate the many challenges of running a B&B and a successful PR firm. The Lloyd-Joneses have an almost telepathic sense of shared destiny that served them well in their social and business endeavours. “In the end, we’re probably working harder than we did when we were living in West Vancouver, but it’s a different, more rewarding lifestyle,” says Peter.