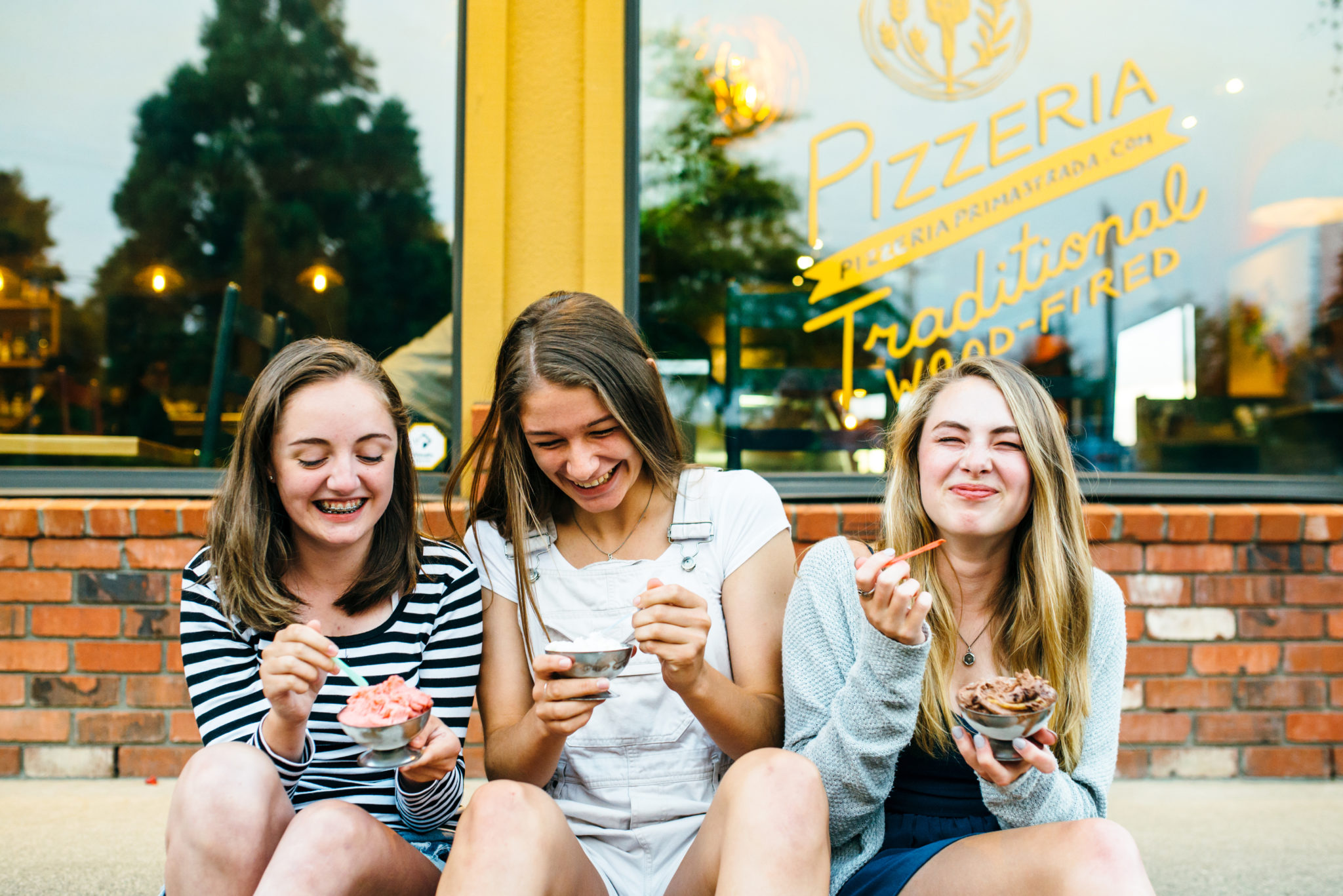 Among the hundreds of lush Comox Valley farms growing everything from blueberries to pumpkins, one eatery that stands out for its local fare is Locals at the historic Old House in Courtenay. Built in 1938 as a private residence for a prominent family, and situated among the Mile of Flowers—a volunteer-based community project that has resulted in thousands of flowers planted along Cliffe Avenue alongside the Courtenay River—the heritage building is considered a rare example of the arts-and-crafts style of architecture that flourished during the town’s post-war growth.

Located in this renovated home, Locals features original wood throughout, a river-rock fireplace, First Nations art and an outdoor patio with heaters and a retractable roof. The restaurant focuses on “food from the heart of the Island” and celebrates fruit, vegetables, meat, seafood and more from nearby farms and fields. Look for growers and producers such as Island Bison, Grains Bakery + Bistro, Little Qualicum Cheeseworks, Prontissima Pasta and Middle Mountain Mead.

Pemberton is famous for its potatoes. This spectacularly sunny spot north of Whistler grows nearly 30 varieties, including Yukon Gold, Russian Blue, White Rose and Eramosa. So it makes sense that this community would be the base of the only certified organic-potato distillery in the world. Using hand-operated, copper-pot stills, Pemberton Distillery produces potato vodka, whisky, gin, absinthe, schnapps, brandy and liqueurs through natural mash and fermentation processes in small batches.

The only warning? Don’t ask for fries. There’s no deep-fryer here; rather, the potato wedges are roasted, giving the prized local veggie the respect it deserves.

Nestled among rolling hills between Nanaimo and Victoria in the Cowichan Valley, Cobble Hill draws golfers, mountain bikers, hikers and, increasingly, wine lovers. The area’s Vigneti Zanatta Winery was Vancouver Island’s first estate winery and the first to specialize in Champagne-style wines. After Cobble Hill came Glenterra and Unsworth vineyards, among others. Also joining the brigade is Emandare Vineyard, whose proprietors— Mike and Robin Nierychlo—live by the mantra “wine is grown, not made.” Designated as Certified Naturally Grown, their wines are 100 per cent estate grown and dry-farmed on 3.4 hectares. Emandare’s 2017 Rosé is crisp and citrusy with hints of cherry and pear, while its hand-harvested 2016 Pinot Noir has a velvety texture and dusty floral notes.

If this region of the Island is considered a haven for oenophiles, it also attracts foodies, with scores of top-notch places to eat. Pizzeria Prima Strada brings a taste of Italy to Cobble Hill with its authentic, wood-fired pies. As it celebrates a decade in business, the restaurant (which also has locations in Victoria) makes multiple products in house: dough, sausages, meatballs, pepperoni and chili oil among them, as well as dolci-like gelato, sorbetto and tiramisu. The menu extends beyond pizza, with antipasti to be enjoyed as part of the country’s strong aperitivo culture, such as marinated mixed olives, bruschetta, polenta and focaccia. With a slice of thin-crust pizza in hand and so many wineries nearby, you might fool yourself into thinking you’re in Tuscany.

From Europe and Asia to Vernon

Vernon is an outdoor lover’s playground, located within a short drive to three lakes—including Okanagan Lake—and Silver Star Ski Resort. What may come as a surprise is that the area is also the source of some of the finest organic cheese in the province.

Bella Stella Cheese is based in the village of Lumby, 26 kilometres east of Vernon on the edge of the Monashee Mountains. Igor Ruffa, a native of Ticino, the southern Italian-influenced region of Switzerland, and his German-born wife, Irma, named their cheese-making business after the edelweiss flower (called stella alpina in Italian). They imported equipment from Switzerland to their B.C. home, along with traditional Swiss-Italian recipes. Using certified organic whole milk from a nearby farm’s grass-fed Jersey cows, they make several varieties, including formaggella, which is luscious like Brie, and a buttery Monashee Gold.

Flavours from the other side of the globe can also be found in Vernon, where Bamboo Beach Fusion Grille offers an Asian influence. Japanese-born chef and co-owner Yuki—who goes by a singular moniker—gives diners the option of creating their own temaki sushi, choosing from among spicy tuna, scallops, salmon, teriyaki chicken, Korean beef and shrimp or yam tempura. Vegetarians have varied and toothsome options, from organic Japanese mushrooms in a miso-basil sauce served over tofu, to a grilled Portobello sandwich with jalapeno Havarti. Where the menu really shines is with its sustainable seafood selections: Ocean Wise ling cod is pan-fried and accompanied by curried shrimp, zucchini and tomato; Thai Selva prawns are nestled atop organic greens; grilled Alaskan black cod is served with a yuzu-soy sauce; and, in a salad, raw albacore tuna is mixed with smoked salmon, tobiko, seaweed, avocado and crispy wontons in a spicy yuzu-sesame dressing.