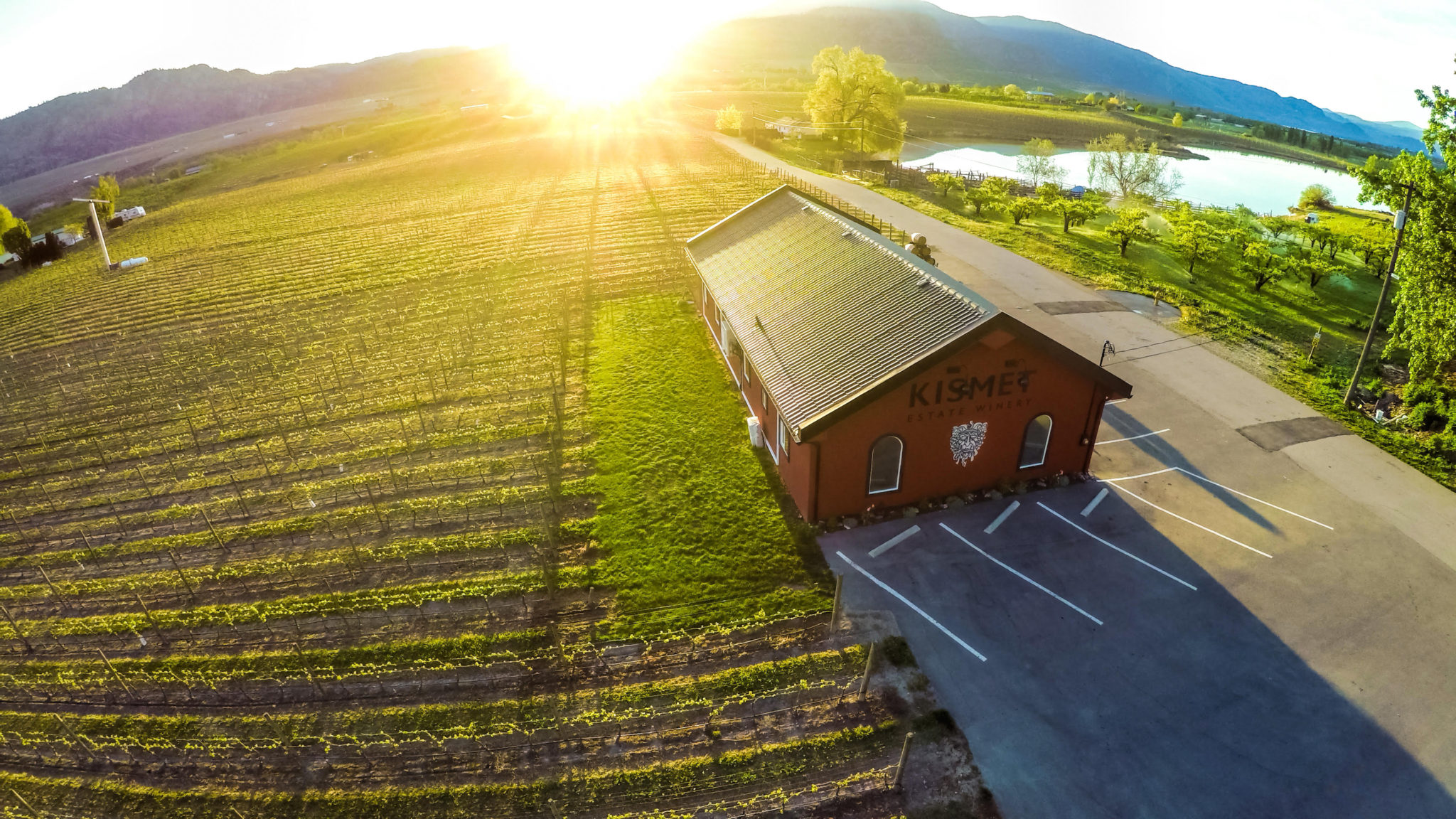 Osoyoos is known for its desert-like landscape, sunny summers, surrounding wineries and juicy produce. Indian food may not be the first thing that comes to mind, but it’s a new draw in its own right to the Okanagan Valley.

Masala Bistro is the family-run restaurant at Kismet Estate Winery. Sukhwinder Dhaliwal first came to Canada in 1989 from Rama, India, with a borrowed $5 in his pocket. His brother, Balwinder, later joined him and the siblings turned their rice-growing knowledge into a grape-growing business. They’ve become one of the top growers in the region and launched Kismet in 2013, which is named after the Sanskrit word for destiny.

After getting requests from visitors and locals alike, the family began serving authentic Indian cuisine a few summers ago. People couldn’t get enough of their curries, samosas, and other traditional dishes, so Masala Bistro was born.

The restaurant serves crab pakoras, butter chicken, lamb vindaloo, chickpea masala and pani puri chaat–a roadside snack with chickpeas, potato and crispy fried bread with tamarind sauce. Each dish can be paired with one of Kismet’s wines, and all of them are served with a view of grapevines and rolling hills.

It’s no exaggeration to say that Invermere is one of the prettiest places in B.C. Situated where the Purcell and Rocky Mountain ranges meet in the Kootenay River valley on the edge of Windermere Lake, it’s close to glacial peaks, provincial parks and hot springs.

The Birchwood Restaurant features a wine list that leans heavily toward B.C. selections. These can be paired with dishes such as ahi-tuna poke nachos, a vegetarian bowl with farro, quinoa and black beans in a cashew-coriander-lime dressing, or mussels Provençale, baked cheese fondue, Spanish paella, Vancouver Island king salmon or a triple-A sirloin steak with lobster mac and cheese.

Qualicum Beach celebrates all things sea-related: It holds a national sand-sculpting competition every summer and offers year-round boating, paddling and fishing. This is the place for a B.C. vacation that doesn’t involve a pricey flight.

Bistro 694 is all about international flavours. Chef and co-owner Tony Szeles draws inspiration for his menu from his global travels. Lemon and roasted garlic add depth to velvety hummus. Jasmine rice is studded with wild prawns and seasonal vegetables in a Balinese coconut curry. Kashmiri butter chicken, linguine prosciutto, seafood crêpes: the dishes are gustatory postcards.

Making up these multicultural menu items are ingredients from Vancouver Island farmers, fishers, and cheese producers–making this place a food lover’s destination.

For decades, eating out in Squamish offered little in the way of variety or excitement. Barring a few locals’ favourites such as the Sunflower Bakery Café, Zephyr Café, the pub at Howe Sound Brewing and the riverside Watershed Grill, the restaurant scene has been largely dominated by fast-food chains.

That’s changing with the mountain community’s growth. Along with an influx of residents have come new dining options.

The Salted Vine Kitchen and Bar stands out not only for its menu–focusing on local, seasonal and sustainable ingredients–but also its ethos: situated in the town’s oldest building that dates back to 1910, the restaurant prides itself on being the first to offer upscale dining in the outdoor recreation capital of Canada.

Think custom-milled maple-wood serving platters, original paintings on the walls, a sommelier-curated drinks list and attentive service. Add in dishes like fresh oysters, Wagyu beef, ling cod, Humboltd squid and fine cheeses, and you’ve got a meal out to match the magnificence of the Stawamus Chief itself. –Gail Johnson