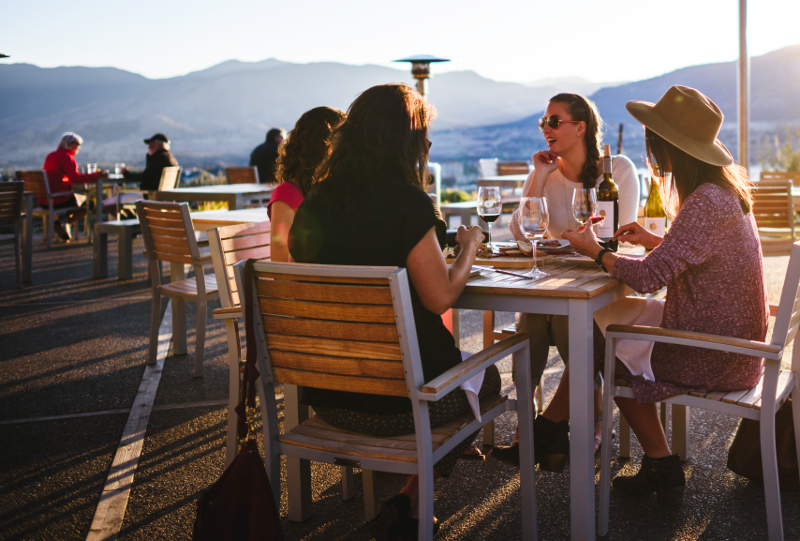 Relocating, even later in your career and life, doesn’t have to mean downsizing: here’s one couple’s tale of leaving an apartment in the city for semi-retirement and a house in wine country–a move that expanded their housing and lifestyle options, and demonstrates how the smart move today is the one that’s financially and personally right for you.

Maybe we’re a little late to the party. While friends and peers had long ago purchased real estate in Victoria, the timing was never right for us. My husband and I had a very underpriced, funky, two-bedroom rental apartment within blocks of the downtown core, with a private garden and the ability to fix it up as we saw fit. Every amenity, from doctor to dentist and theatre to restaurant, was within walking distance. It was, as they say in Victoria, a “velvet rut.”

After 30 years, the velvet was usurped by rut and change was underfoot. Our timing couldn’t have been worse. In our late 50s, we were beyond asking our parents for financial help, and with our budget, Victoria’s skyrocketing real estate prices (with its no-subjects-and-beyond-asking-price realty) and no-vacancy rental market, push quickly became a shove out of town.

FINDING THE RIGHT PLACE
During our ensuing annus horribilis, the prospects of a forever home led us to Penticton. The setting, poised between two lakes, with mountains, orchards and wine country at the doorstep, appealed. While we knew many of the winemakers and wineries, and had visited on occasion, we had previously not considered laying down roots. But the real estate prices were in keeping with our budget and the city boasted some vernacular architectural styles that piqued our interest.

Looking deeper, Penticton, with its population of 35,000, has art, theatre and a few notable cafes: scores high for walkability; completed a recent hospital expansion; and has an airport with links to Calgary and Vancouver. It has great recreational assets including bird watching, cycling, hiking and skiing, and the city bursts to life in the summer with back-to-back festivals (including the annual Elvis festival) and a Farmers Market that puts others to shame. It’s uniquely poised between the thriving hub of Kelowna to the north, then Oliver-Osoyoos and the U.S. border to the south.

After a few ill-fated attempts to buy, we stumbled upon a 1938 flat-top stucco bungalow close to downtown. This streamlined architectural style of rounded edges, corner windows and asymmetrical facades was prevalent in Penticton from the late-1930s until the early 1950s; it reminded us of the Roman Polanski film noir Chinatown, set in 1937 Los Angeles. The house was empty save for a few painters working on the interior: we’d found it before it was listed, made an offer and after two intense months of streamlining our belongings and packing, we dove right in and became newly minted homeowners in a place we barely knew.

MAKING A SMART MOVE
Friendly and generous of nature, the city and its people quickly embraced us. We made fast friends and even worked picking grapes in the first weeks of settling in. My husband took early retirement, but soon found a new life in the wine industry, working in a tasting room. I also work in a tasting room and we both cycle to work along the KVR trail. As a freelance writer, I quickly found work as a food columnist in the local paper, all with the encouragement and support of newfound friends. The bonus, while socializing and fixing up our heritage 900-square-foot bungalow, was the discovery of other coastal expats that had also recently made the city home.

Varying in age from their 30s to their 50s, they came for a lifestyle change, a healthier place to raise a family, a way to escape the stresses of commuting, the astronomical cost of living on the coast (especially Vancouver) and the lack of opportunities there for many. This vast migration is breathing new life into smaller cities like Penticton, where it’s changing the once heavily-leaning senior demographic.

Within the last year, the city has been transformed with vibrant new restaurants and pizzerias, an ethical coffee roastery, an artisan bakery, a community-centered cafe, a French vegan chocolatier, two new craft breweries and boutique clothing stores. Some residents are retooling their skill sets and learning new trades, while other recent arrivals have followed their dreams and opened their own winery, cidery or small business.

As we watch, and are a part of, these dynamic new life phases and see a city being revitalized, we wonder, in retrospect, if giving ourselves a good shove to explore beyond the “velvet rut” wasn’t the best thing that ever happened to us. Late to the party? I say better late than never.

What to look for in a “forever” home when you’re relocating.