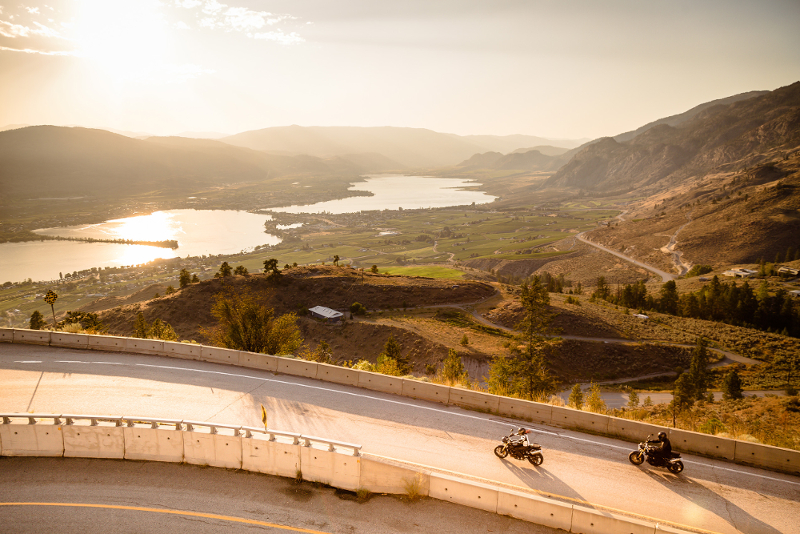 Photo courtesy of City of Osoyoos

The town’s slogan doesn’t just refer to Osoyoos’s soaring summer temperatures or record-warm lake temperatures: it might just be one of B.C.’s coziest small towns.

“It’s about friendliness, safety and security here, it’s really about looking after each other,” says Ingrid Jarrett, who moved from Kelowna to Osoyoos 12 years ago to take her former role of general manager and vice president business development at Watermark Beach Resort. “I’ve seen a lot of growth since I moved,” says Jarrett, describing Osoyoos as a safe, walkable community. “From a hospital to schools and a senior’s centre, all the supporting services are here.”

With a population of just 5,085, the hub of Canada’s only semi-arid desert region has long drawn snowbirds to the area. With average single family home prices that have crept up more slowly here (and are still under the $400,000 mark), Osoyoos is now on the radar for younger families seeking the laid-back Okanagan lifestyle without the sticker-shock. Developers are taking notice: there are five new developments currently in the approval process, which will add town homes, single-family houses, dedicated year-round rentals and commercial and residential units to the town.

Home for thousands of years to its indigenous population, the area’s first European contact came in 1811. American fur traders from the Pacific Fur Company, followed by the Hudson’s Bay Company in the 1820s, built an Okanagan Valley trade route that lasted through the boom and bust of the gold rush era of the 1860s. After the first World War, B.C. premier “Honest” John Oliver commissioned an irrigation canal, which transformed the South Okanagan from arid scrublands to a lush fruit-growing and winery region.

Beyond the obvious pleasures of the lake, locals hike the tranquil Okanagan River and climb Mount Kobau; they e-bike cruise along Black Sage Road or take a Spandex-clad endurance ride up punishing Anarchist Mountain. The adventurous can add hula-hooping classes, dragon boating and snow shoeing and snowboarding to the mix, according to Crystal Coverdale, a Qualicum Beach native who relocated to Osoyoos in 2017, after living in both Vancouver and Scotland, to work at Moon Curser Vineyards.

“People often just think about Osoyoos being great in summer, but I’ve found it’s stunning all year-round,” says Coverdale. She describes winter “icebows” as “basically little rainbows you sometimes see shooting straight up from the frozen lake.” From summer desert heat to winter wonders like that, maybe you really can find gold at the end of a rainbow.