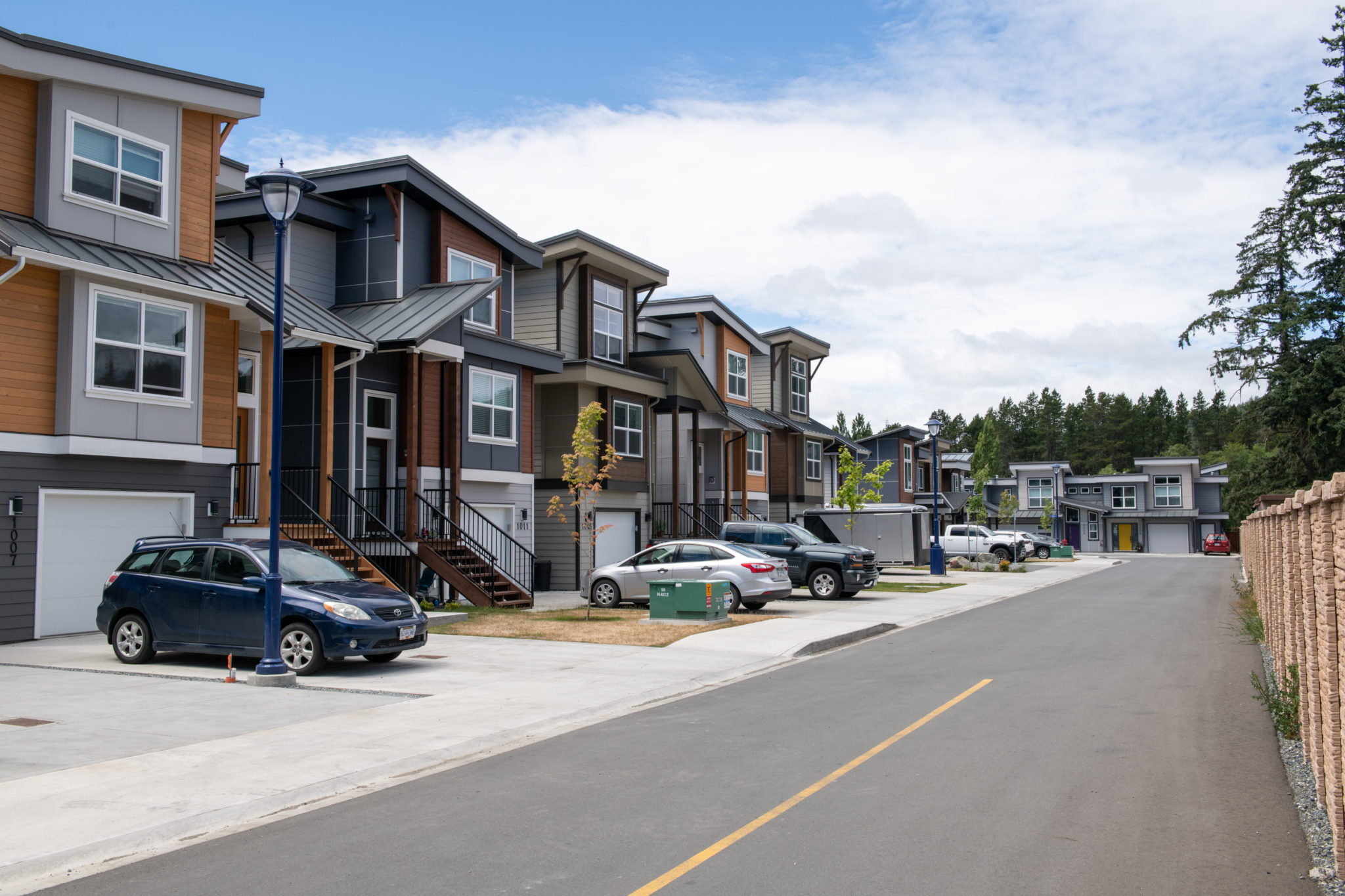 Many properties can provide a tidy income, but be prepared to do the homework

In the West Coast housing market where the trajectory of prices knows no bounds, rare is the individual who hasn’t thought about making money by becoming a landlord.

Indeed, thousands of Canadians rely on rental properties to provide primary or secondary incomes, or as a way to fund their retirement. And as is the case with regular homebuyers, one of the best ways for income property owners to get the biggest bang for their buck is to buy real estate in smaller towns or suburbs.

Steve Arneson, co-founder (with partner Randy Molland) of Victoria-based The REInvestors Ltd., which was launched in 2016 to educate people wanting to learn about real estate as an investment, says: “We spent $450,000 on property in Langford just two years ago and already it’s worth $650,000.”

Marty Morrison, a North Vancouver-based accountant who began investing in income properties 28 years ago, says: “Properties in small B.C. cities and towns will do nothing but increase in value as they become more populated. I’m looking at buying at least two or three properties in regions I think will soon take off, and I make my decisions by monitoring long-term trends of where people are migrating to.”

Based on this research, Morrison regards Kelowna “as still one of the best places in which to invest, especially west Kelowna— although that window of opportunity is rapidly closing.”

Arneson and Molland have built a portfolio consisting mainly of single-family units, augmented by a five-unit apartment outside of Victoria and an apartment building in Edmonton (the latter a partnership project). “We’ve also been successful enough to be able to currently develop two six-unit complexes in Duncan,” says Molland. “If we can sell those units for a good price we will, but if the market shifts we’ll rent. The point is we have to be nimble in what we do because we’re betting on what will happen several years from now.”

While it’s a no-brainer for would-be income property owners to focus on properties in smaller, more affordable towns rather than in urban centres, Arneson stresses that “every region in B.C. seems to be hot, from Powell River and Port Alice to Vancouver and Victoria. But definitely, if you can find a 10-unit apartment in a smaller city it’ll be less expensive for you. It’s just that apartments are difficult to find.

“There are no two ways about it: you really have to study each regional market. And you have to know as much as possible about investing in income properties overall, because education—not market fluctuations— will decide your success or failure in this field.”

As much as he tries to determine areas of future growth, Morrison says good timing is the essential factor in deciding one’s success. “For example, we bought a property in Palm Springs when the dollar exchange was in our favour, fixed it up and now it’s worth substantially more than what we paid.”

Morrison adds that would-be income property investors should also be prepared to undertake the drudgery associated with being a landlord and thoroughly vet prospective tenants. “You will get calls at two a.m. concerning burst water pipes and other problems and it’ll be your responsibility to fix them,” he says. “And as anyone in this business can attest, tenants can be a nightmare if not thoroughly checked beforehand. My first income property was in a lower economic neighbourhood of Surrey and we had the police at my door several times, unfortunately.”

Canada’s well-known income-property expert Scott McGillivray outlines some of the most common types of income properties for new investors on his blog. “Secondary suites are a great way to get started in the real estate investment business mainly because you don’t have to purchase a second property in order to become a landlord,” he writes.

McGillivray also cites student rentals as “the backbone of my real-estate investing career” because university and college towns are constantly lacking in this type of housing, which bodes well for continued investment in Kelowna, whose University of British Columbia campus is expanding.

But even with these entry-level propositions, McGillivray warns that to be successful, “a lot of research and a lot of number crunching” will be required.

In addition to getting as much education as possible about income properties, Arneson and Molland say investors should follow three operating principles. “Plan multiple exit strategies for your properties,” notes the former. “Also, build off a cash flow rather than trying to speculate what the property appreciation will be.”

And, Molland says, “use realistic numbers when calculating appreciation. We go by an appreciation of three per cent because that’s the national average, even though on Vancouver Island the rate has been four to five per cent. That way we never overestimate how much we’ll earn and are frequently pleased by the outcome.”

Rental-property investments can yield a good return, but investors caution that there are always unexpected costs.

What kind of return on your investment can you achieve in the income property realm? Steve Arneson, co-founder of Victoria-based The REInvestors Ltd., cites a few examples, and explains why taking advantage of attractive prices when they are available is all-important.

“If the average sale price of these units is $450,000 (totalling $2,700,000), that doesn’t leave much margin for the project or for unexpected costs, and there are always unexpected costs.”

But Arneson shows how dramatically different earnings can be by going back to 2016. “Just two years ago, you could have picked up the same parcel of land for $250,000, which would give you a bigger buffer. Alternatively, you could build at a lower cost: a $25-per-squarefoot reduction could amount to another $225,000 of buffer. And if these units sell for even 10-per-cent more, that could give you another $270,000.”

As for single-family housing income opportunities, Arneson cites Duncan and a typical single-family dwelling that can be purchased for about $450,000. “A three-bedroom upstairs with a two-bedroom basement suite that is in good condition in a good area could rent for $3,100 per month,” he says. “Putting 20 per cent down, with a 3.2-per-cent rate and 30-year amortization, your mortgage expense would be about $1,550 per month, leaving $1,550 to cover expenses. These expenses include the basics, such as taxes and insurance, but you always have to include repair and maintenance costs, local vacancy rates, turnover expenses, and city fees.

He says: “We rent out the property for an average of $3,200 monthly and as long as we can rent it out for four or five months, we can cover my costs. By covering the costs and by timing the purchase in a down market, we are mainly looking for capital appreciation in the property.” Morrison’s investment, including upgrades, was about $130,000 and “the property is probably worth $200,000 now.”

As for a Kelowna property that Morrison owns, he says he paid $900,000 when he bought it in 2017 and rents the home for $2,400 a month. There is a ground-level, two-bedroom suite that Morrison uses and he says the bonus is that he can use the suite whenever he chooses to and the rental income covers the yearly costs for the property.

“To have a tenant who covers those costs and the property still provides me with a beautiful suite with 180-degree views of the lake and hillsides—that was the main purpose of this investment.” Property upkeep costs are about $14,000 per year, including property management, maintenance, insurance, utilities and property taxes. — Staff